Last night, the New Jersey Devils honored the 20th Anniversary of the 1999-2000 Stanley Cup championship winning team. The evening certainly did not disappoint for Devils fans! Myself as well as my pal Mike, who runs TXHT and traveled to NJ with me, had a great time! The ceremony itself was very well done! The Devils did a great job honoring one of the best Devils teams ever and made the night memorable yet simple which was great! Here are some of my highlights on the night:

My absolute favorite moment of the night was Petr Sykora of the famous “A line” finally getting his moment to skate with the Stanley Cup as a member of the New Jersey Devils during the ceremony. If you remember, Sykora was knocked out of Game 6 in the 2000 Stanley Cup finals on a hit by Dallas Stars defenseman Derian Hatcher in the first period and obviously didn’t get to lift the Stanley Cup with his teammates as he was at the hospital being checked out for medical treatment. It was just so awesome to see and you had a feeling this moment was going to happen. 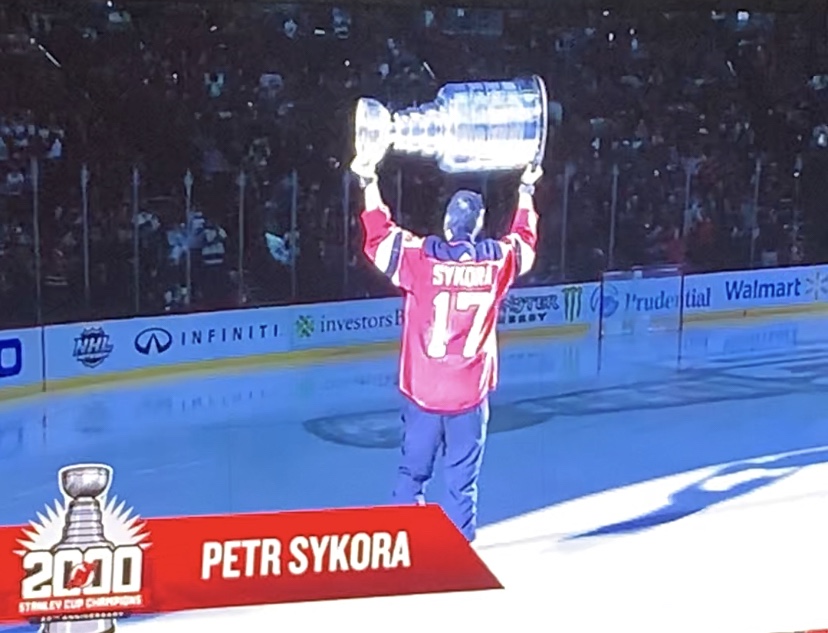 Besides the game and ceremony itself, the replica Stanley Cup championship rings was another big reason to go to this game. Each fan in attendance received one. These rings were made really well and looked absolutely amazing! Looking at them reminded me off all the great moments of this cup run as a kid growing up in New Jersey rooting for the Devils.

Getting to see the Stanley Cup in person a second time was absolutely awesome! I got to see, touch, and take a photo with the Stanley Cup before after the Washington Capitals won the Stanley Cup back in 2018. Being able to take a pic with it this time in a Devils jersey was just as awesome as I’m a fan of both the Devils and Capitals. 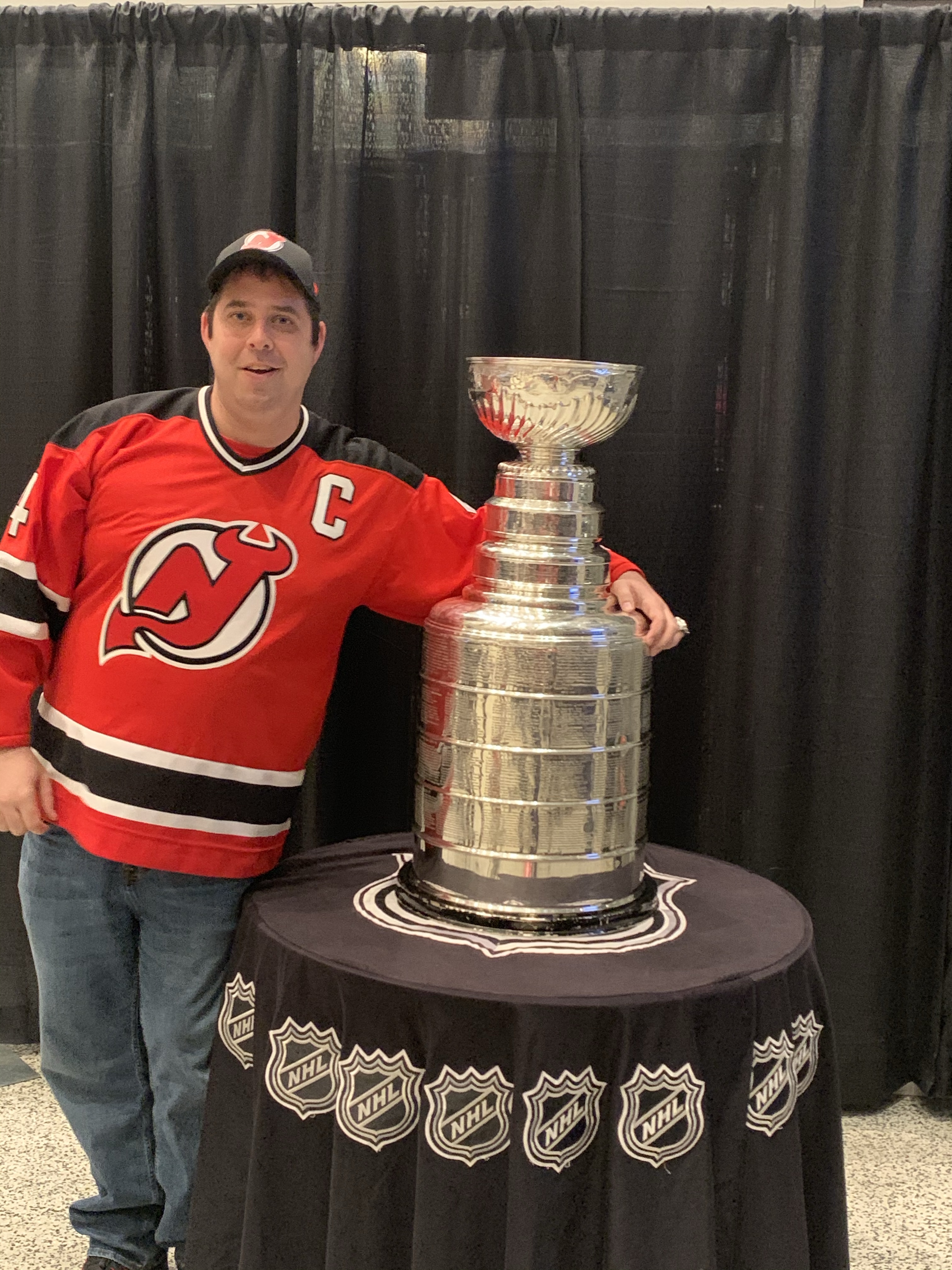 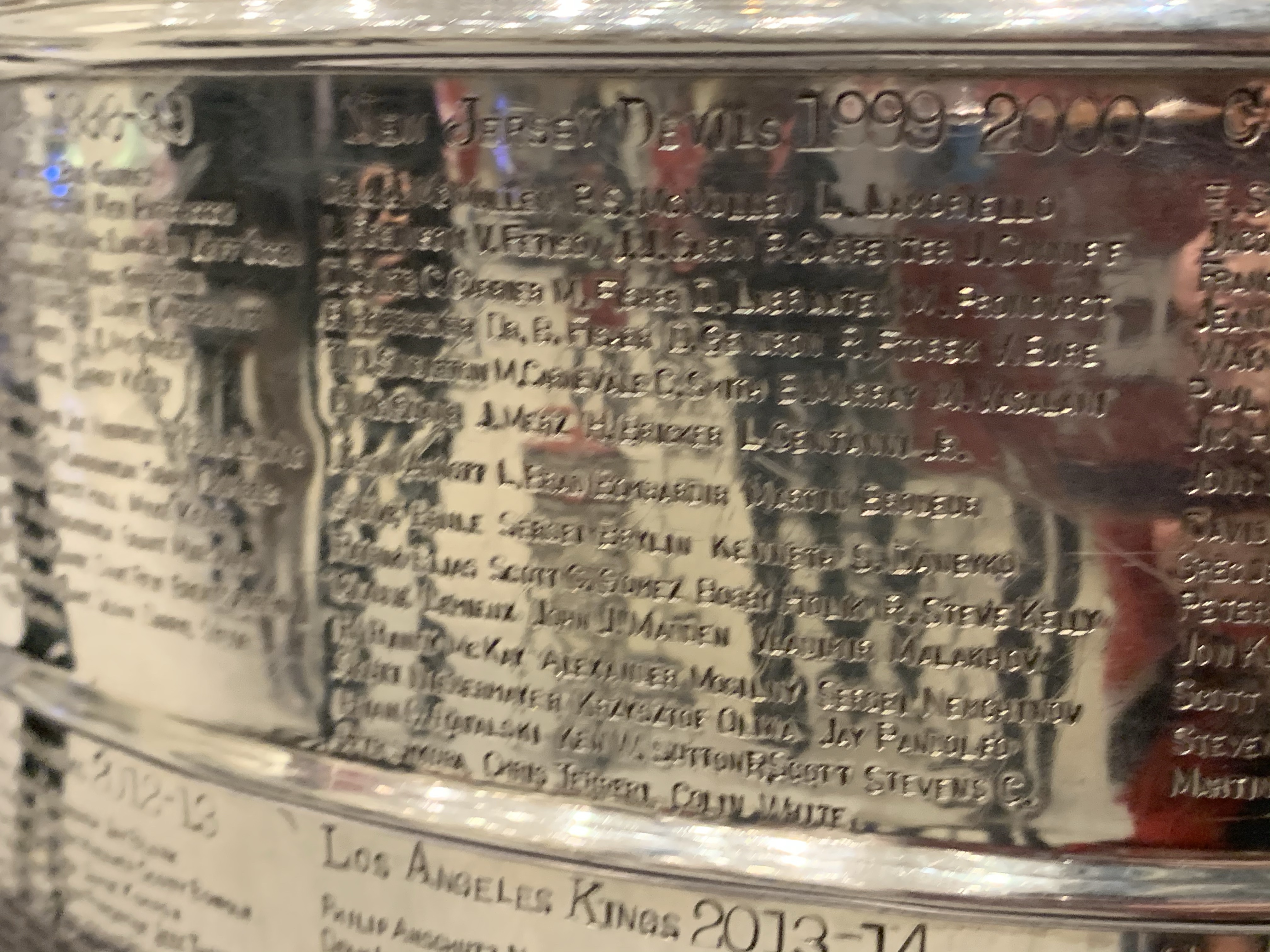 As a kid growing up in Northern New Jersey rooting for the Devils, tonight was absolutely awesome being able to relive all the great moments from this specific Stanley Cup winning Devils team. Memories came to mind such as the series with the Maple Leafs, Scott Stevens controversial hit on Eric Lindros, Patrik Elias’ game winning goal in Game 7 of the Eastern Conference finals, and obviously Jason Arnott’s Stanley Cup winning goal in double overtime in game 6 to bring the cup home to New Jersey. It was just nice getting to see this group of guys together again as a reminder of what they were able to accomplish collectively as a group. The ceremony was done in such a simplistic way and honored the team without overdoing things with so much content. It was done absolutely perfect! 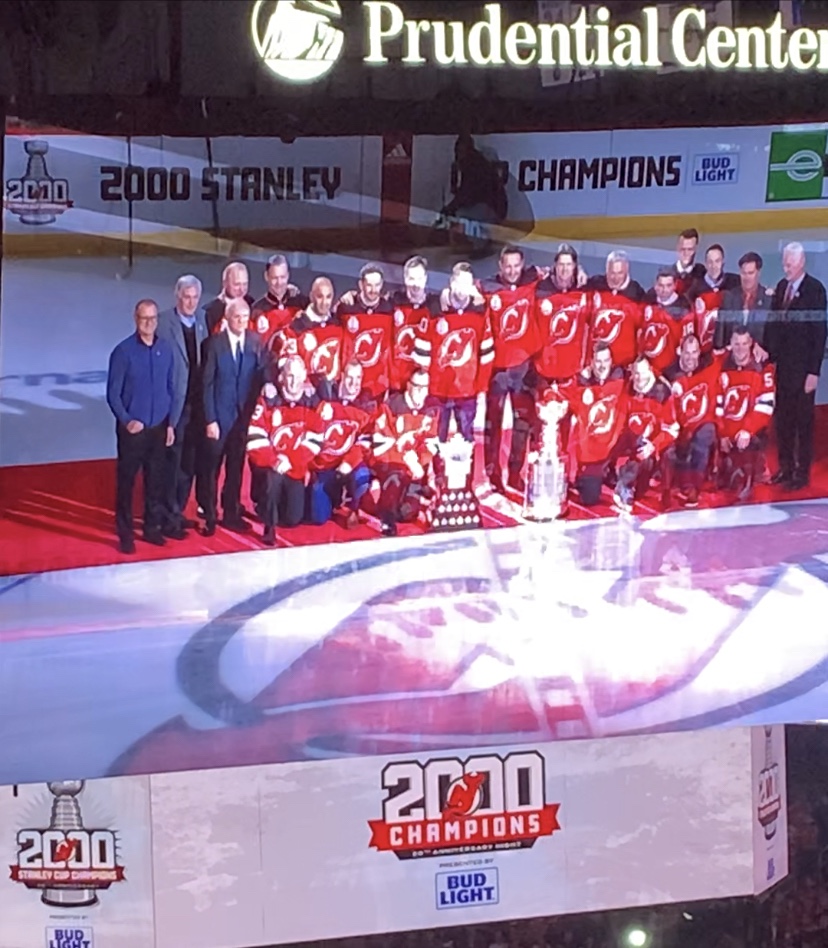 Overall: I absolutely enjoyed this experience and was glad to be in attendance to experience this! Unfortunately I didn’t get to go to the parade to celebrate the Stanley Cup championship twenty years ago but, I feel like this more than made up for it. So many wonderful memories were brought up and reminded me of why I became a Devils fan in the first place!

Hockey writer for TXHT View all posts by Scott Fairchild