Playing at home for the first time since the All Star Break, the Washington Capitals would play host to the Nashville Predators and see Alex Ovechkin pay special tribute to basketball legend Kobe Bryant who passed away this past weekend.

In the second period the Capitals would generate a couple more powerplay opportunities, and also cause the Predators fits in their own zone. First we would see Nick Bonino accidently shoot the puck from behind the net and off of Saros’ skate and into the net to tie the game at three for the Capitals, which would be credited to Panik for his second of the game. Then on their second powerplay of the period Tom Wilson would knock in the rebound to regain the lead for the Capitals and take the 4-3 lead into the second intermission.

Then in the third period the Predators would rally as Ryan Johansen would intercept a Braden Holtby outlet pass to kick start the powerplay rush, and then beat Holtby short side to tie the game at four. Then Yannick Weber would blast one past a screened Braden Holtby to take the lead and secure the 5-4 victory over the Capitals.

Give him some room and he'll make ya pay pic.twitter.com/C5BrNuxTfK 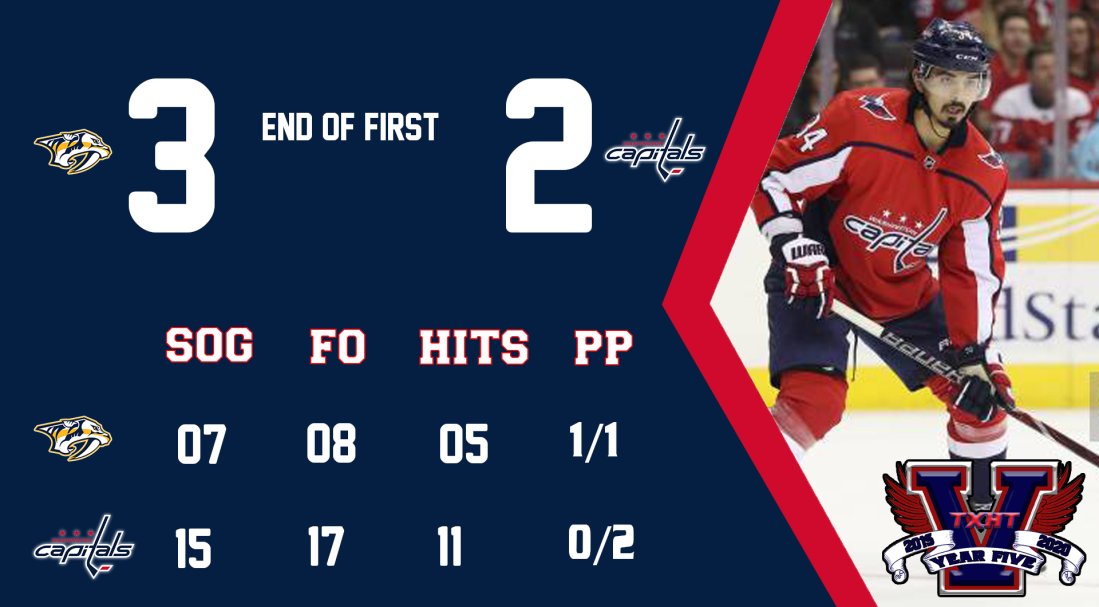 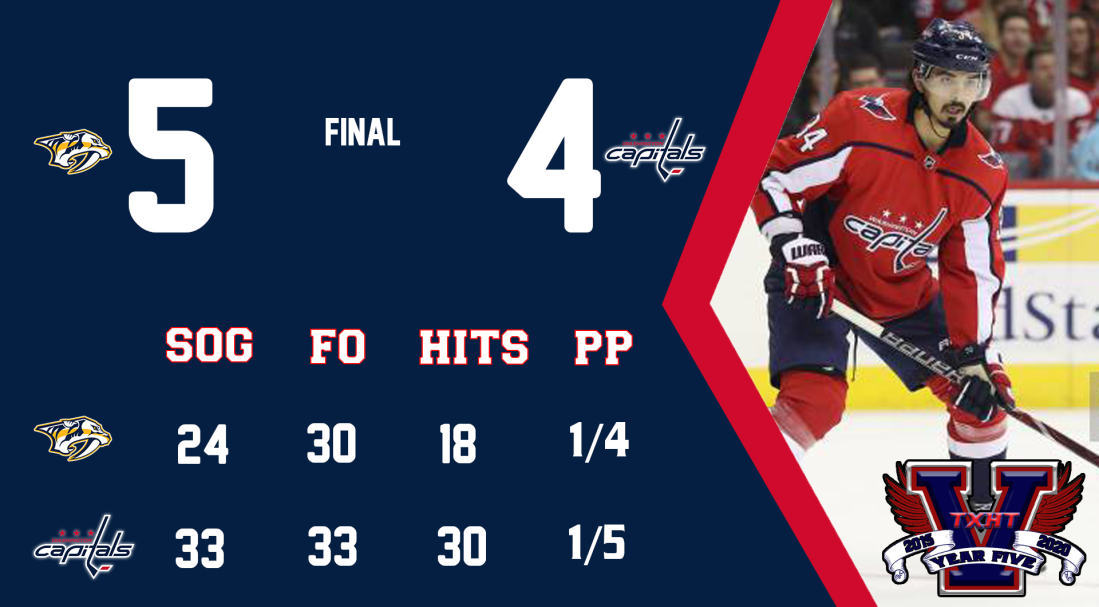