Part 3: Am I still watching the same show?

So here we are at the end of Mighty Morphin’ Power Rangers and where, if you ask many people, Power Rangers ended. You see, to this day, when I talk about Power Rangers with people, Mighty Morphin is their only frame of reference. When I talk about Lightspeed Rescue or even Zeo (which is even mentioned in this season) they look at me somewhat bewildered and say, “That show about the teens and the Dinosaurs, right?” Which is SUCH a shame, because with very few exceptions (I’M LOOKING AT YOU, TURBO) the show only gets better (at least to the point I have watched, which is currently through the end of Dino Thunder). Now I want to clear something up. Personally, I consider the Alien Ranger arc as part of this season, not its own separate thing, and as such, there will be no separate column for it. There also won’t be much talk about it, because outside of some major wins for the villains (which I WILL discuss), it’s just neither good nor bad and will be incorporated into my other points. So without further ado… 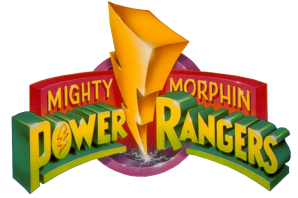 Mighty Morphin Power Rangers Season 3 (aka The One with Ninja Powers.)

I titled this column “Am I still watching the same show?” because it feels like, while some of the issues remain the same, for example the characters are still very one note, the show is being written by new writers. It’s like that moment in any RPG video game when you get that one level up and your character starts to click. MMPR season three does SO many things right. From long term storytelling to writing the characters well (and others not so well, if I’m honest) to having villains getting bonafide victories over the heroes and introducing really good America-only footage. It’s legitimately like the show is being written by different people.

Let’s start with the bad, to get it out of the way. Sadly, the One Dimensional Character issue is still in place. People often cite Kat’s transformation from evil to good, but much like Tommy in season one, I point out that she is still the same character, only this time she loses the ability to become a cat. I wonder if Kim and Aisha ever found out they had been petting a teenage girl? Speaking of Aisha, her departure was one of the most disappointing things in the season; Karan Ashley deserved better. When compared to the effort they put into Kim’s departure, it really showed how little they actually cared about the second wave of Rangers. I’ll discuss Tanya during the Zeo column, but Aisha definitely deserved better.

There are three more things I am going to mention as big detractions from the season. First, Ninjor’s voice. I know a lot of people like it for its corniness. For me, it did nothing but take away from the seriousness of some situations. Dudley Do-Right wasn’t really a big thing in England, so his voice carried no nostalgia. I just thought, “Wait, this dude made the power coins…really?” The second one is Lt. Stone and Bulk and Skull’s story. I don’t mean their gradual evolution, I mean more the fact that they seem so… enthralled by Lt. Stone. Also, their joining the police force was a chance to start pushing them away from the slap stick pratfall comedy, which was starting to get a bit tired at this point (seriously when Ben and Vetty started fulfilling that same role in Beastmorphers, it was almost enough to make me turn off).

The third and final thing I HAVE to highlight before I move on to what was good about this season (and there was a lot), is something I talk about a lot on the podcast: THAT IS NOT HOW SCIENCE WORKS! Or more accurately in this case, time travel.  In the season finale arc, a spell is cast that reverts the Rangers back to children, so it takes the Earth back about 10 years. However, if that was the case, five out of the six Rangers should have just disappeared. We know that Rocky, Adam, and Aisha moved to Angel Grove from Stone Canyon right before they became Rangers. We know Tommy was new in town too. Kat, similarly, was a fresh transplant. As far as I’m aware, the only one that should have been left standing was Billy. At the resolution of the time travel, when Aisha stayed in Africa, her parents would not have been teleported there or had lived there all along!

Okay on to what was good about season three. Where to start? How about Rito. I know, I know, I just got done talking about how I was getting tired of Bulk and Skull’s shtick, but for some reason I love Rito. Maybe it’s the way he plays comic foil to Zedd, serving as effective footsoldier and complete irritant all at once.

The Zords are a mixed bag this season. While I’m not a big fan of the Ninja Zords and their many and various MegaZord forms (I’m still unsure as to how the Ape and the Frog correlate with Ninjas. The Crane, Bear, and Wolf all at least sound like martial art stances), the Shogun Zords really hit the spot for me. Not just because they are huge Chonky robots that form an even bigger, even more Chonky robot, but the interesting lore they present as well. When I wrote about season two, I pointed out how important a seemingly throw away story about Kim turning up in the wild west was, because it introduced the idea of Rangers before the current team. When the Shogun Zords were introduced as having existed for millenia on a different planet, which itself had been set up not only in season three’s opener (and stealth pilot for the Masked Rider) on Edenoi, but in season two’s “The Power Transfer,” where the Rangers had to retrieve the Sword of Light from another planet to give powers to Rocky, Adam, and Aisha (even though in this season and in season one, Kim and Tommy just handed their coins over). Seeing Humanoid Zords after animal- and dinosaur-based Zords was very refreshing.

And yes, while I was not a big fan of the Ninja Zords, I love, love, LOVED the ninja powers. There is a theory that what made Power Rangers the initial smash hit that it was, was the unerring action scenes, but three seasons later, those had become somewhat samey. The ninja powers/suits did two things. It changed what the Rangers were capable of in fight scenes, but it also tested the waters to see how people would react to a suit change, which may have led to the decision to do so for Zeo. The fights where the Rangers are in their ninja suits and using those powers might be my favorite thing in all three of the Mighty Morphin seasons.

I mentioned it earlier, that in comparison to Aisha’s exit, Kimberly’s exit was well-handled. While “A Different shade of Pink” is a three-parter, the story writing out Kim really started in “A Ranger Catastrophe,” with Katherine’s introduction, and ran for the full nine episodes. It was by far the best serial writing out of one of the original Rangers, especially when compared to the way they wrote out Jason, Trini, and Zack in short arcs. And well… Billy’s eventual departure was… problematic, to say the least.

Also, between the three seasons that make up Mighty Morphin, this season has the most connected episodes. Perhaps not the biggest number, but the most that are intrinsically linked, such as the nine episodes of the Kat arc and the 11-episodes of the Alien Rangers arc. I’m a big fan of episodes with a knock-on effect, even if it’s just with the ongoing plot, since we’ve established it doesn’t really affect the characters much.

And the long form storytelling led to one of the most impressive things about this season; the Zeo Crystal arc. While the next season is Power Rangers Zeo, most of the actual Zeo lore-building happens in this season, and Power Rangers plays off of its previously established McGuffin of the week, where we fully expect to never hear of it again, only to bring it back around in the end, with the crystal being what finally saves the day after Zedd and Rita essentially… win. They blow up the Command Center, they dusted the power coins, The Alien Rangers have limited effectiveness outside water… Zedd and Rita are in control.

And that’s *another* cool consequence of the serial nature of storytelling. Rita and Zedd get some wins over the Rangers. The stealing of the Falcon Zord, capturing Ninjor, destroying Zords, dusting the power coins, and more. When there is much less filler in the way of episodes, even the smallest victory feels huge, because it has knock-on effects. I mean, the very last scene in Mighty Morphin Power Rangers is the Rangers looking at the ruins of the Command Center. 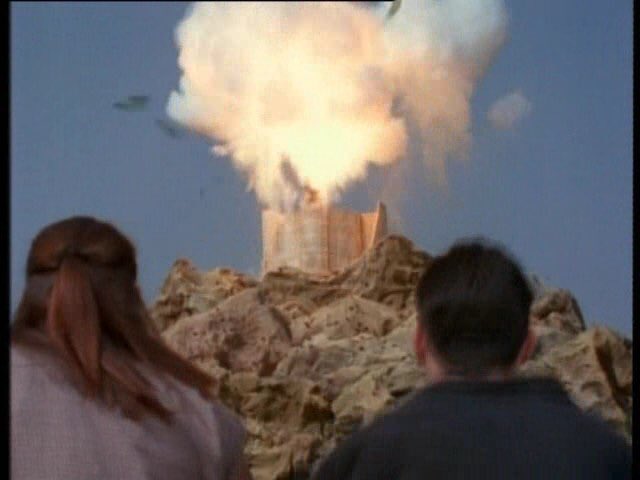 Think about that. While the people producing the show knew that Zeo was on the horizon, the show’s target demographic didn’t. The internet and spoiler culture wasn’t as prevalent back then, and the final image we are presented, the final image of what had become a worldwide phenomenon, was everything in ruins. Powerless Rangers, wrecked Zords, no Command Center, and Zordon missing. If Rita and Zedd make ANY form of follow up attack at this point, the Rangers are beaten and the Earth and the Zeo Crystal are theirs.

Over all, season three was the “peak” of the MMPR/Zeo/Turbo era, really finding its feet in terms of storytelling, writing, and action, and the only reason that it doesn’t rate much higher in my overall rankings is that for all that, for all they go through, the characters are mostly the same at season start to end. So where does this rank so far? I mean if you have been reading, you can tell by how much I have glowed about things in this season, it currently ranks #1, but will that change when I look at Zeo? (Spoiler, no… it won’t).

So join me next time as I look at the characters of Kat and Tanya, the Machine Empire, and the Zeo Zords. If you want to discuss things more or just follow me, you can find me on Twitter @BobTGoldfish, or tune in to hear me co-hosting Voices from the Grid or VftG’s sister show, AwesomeMania, where Mike and I talk about things in the world of professional wrestling.

Guys, Gals, and Non-aligned Pals, in the words of the sixteenth President of the United States, Abraham Lincoln, “Be Excellent to each other and party on Non-gender specific honorifics!”