In part one, I covered what prompted me to start my journey through the many series of Power Rangers, my thoughts on the original five rangers, and one Tommy Oliver. In this installment, I hope to cover a few of the characters that I missed last time, my thoughts on the second season of the show, and talk a bit about the few philosophical ruts the show seems to be stuck in (or at least ones that I perceived). So, without further ado, let’s move into –

Where to start? I think “The more things change, the more they stay the same,” is such an apt description of MMPR season 2. There were massive changes this season. One new Big Bad, three new rangers, one returning ranger, and six new Zords. Yet, with the exception of Lord Zedd making the bad guys feel a little more…threatening (at first at least), nothing really felt all that different. The teens still spouted the same virtues of barely concealed moral lessons, found ways to beat overwhelming odds, and had no character development. Even when three of the original rangers left the team, the other three were unfazed. There was no episode about Billy and Kimberly having to get used to working with the new team members, such as the way Rocky made decisions different than Jason while in his Zord, or Adam’s more traditional martial arts training and how it affected the group dynamic compared to Zacks more unorthodox HipHopkido. This would have been super interesting to see, but we didn’t get to see any of it. Kimberly seems utterly unfazed by the fact her best friend, Trini, is just GONE, and just plugs Aisha in to replace her like she was hot swapping a harddrive. 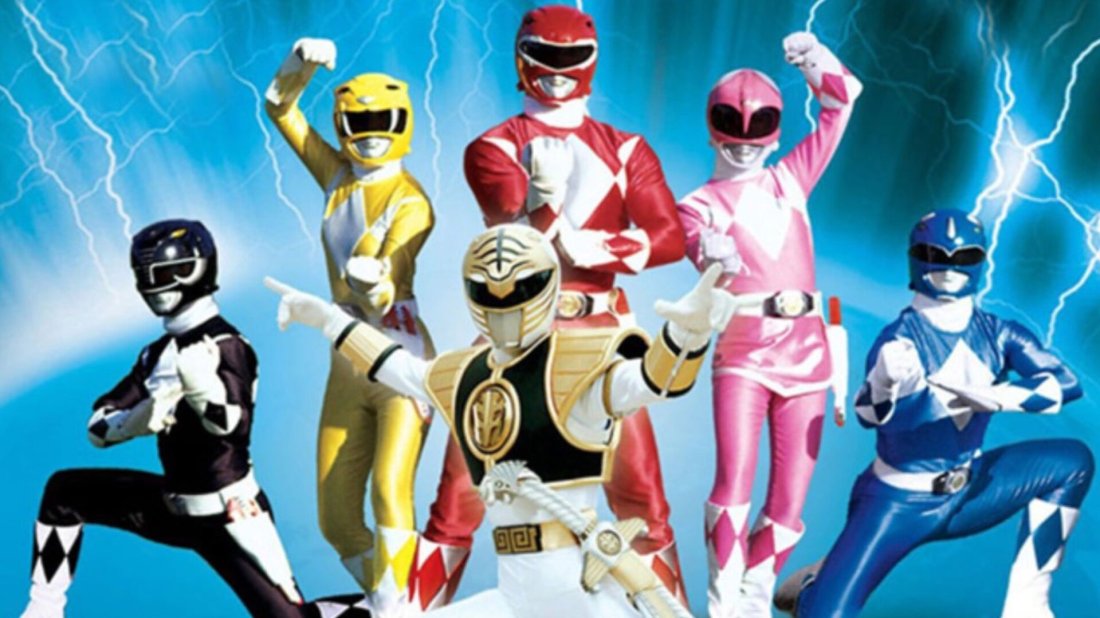 Speaking of our new rangers, let’s talk about them. Jason is replaced as Red Ranger by Rocky, who, with Trini also leaving, steps into the role of “Ranger who exists.” He seems to struggle at school a little, but that seems to be his only character trait, which is strange considering that Zordon tells him that he is getting control of the Red Dragon Thunderzord due to his “strength and knowledge.” Rocky’s also notable for being the only ranger to retire due to injury. Unless you count Kendricks…but that’s a different article.

Then there is Aisha, Trini’s replacement, who is a strict upgrade to her predecessor. She is shown to have an aptitude and passion for music (and she’s the aforementioned hot swappable hard drive). More than anything, she was portrayed to be a savant when it comes to animals, so much so in fact, that when she leaves the show pre-Zeo, she is said to have chosen to stay behind to “use her veterinary expertise” to help cure animals in Africa. A TEENAGER. She’s like Doogie Doolittle. Doolittle Hauser?…eh, you get what I mean.

Our third new Ranger is Adam, who takes over from Zack. When I originally caught episodes back in the 90s, Billy was my favorite, (I had a thing for “clever” characters in most media I consumed), but when I rewatched these seasons, I realised that Adam might be my favorite Ranger of the entire “Zordon Era.” He’s one of the few Rangers that shows any form of actual character development from his initial shy, lacking in a bit of self confidence, self. He comes into his own, forming an identity through teaching classes and coaching football, and since we’re talking about Adam, here’s something I have been sitting on for a while: Tommy Oliver is often classified as the Best Ranger of all time by both fans and openly by characters in the show. But what exactly classifies Tommy as the best? Is it his achievements? Maybe. His tenure? Well that doesn’t make someone the best; it makes them the longest serving. Is it the fact he’s got to do it more than anyone else? Who knows? I want to make a bold statement – if those are the metrics that qualify Tommy as the best, then Adam Park should be in consideration as well.

I mean think about it, Adam’s achievements rival those of Tommy in so far as they have both saved the planet multiple times and Adam has been evil fewer times than Tommy has. With the exception of Mighty Morphin’, which Tommy got to be a member of twice (White and Green) they have been a part of the same number of ranger teams (Tommy’s Dino Thunder membership being counteracted by Adam’s temporary membership in Operation Overdrive). Including guest episodes, Tommy has been in 8 (or 9 depending on how you classify Super Mega Force) seasons and Adam has been in 7 (or 8 with the Super Mega Force thing again).

Outside of that, except the one time he became a teacher, Tommy’s ENTIRE character is “I’m the Best at doing Ranger things,” whereas Adam has way more development to his character. Tommy is pretty much the exact same personality when we first meet him in Green with Evil as when we see him in Legendary Battle!, but as I discussed before, Adam evolved, he changed. He learnt self confidence, so much so that he then was able to help another Ranger with the same issue later on. The most change Tommy ever went through is when his suit changed color or when he got dumped by mail in Zeo!

Okay, now that’s out of the way, there were a few things this season did REALLY well. One of the first things I want to talk about is the episode, “Wild West Rangers,” an episode where Kimberly is sent back in time to the old west and gives the ancestors of the current team power coins to help her defeat the evil doers. I am not going to praise the episode, as overall, outside a few really nice nods, it’s fairly average, but it does one very important thing in that it establishes that MMPR are NOT the first Power Rangers team. It dangles this incredibly delicious carrot in our faces. Delicious and important. It’s this establishment that really helps ease into something that happens next season as well as helps set the scene for the ever-evolving face of the Power Rangers we know today.

The other thing this season did that I really enjoyed was there were more multi-part episodes. While I didn’t enjoy all of the stories those episodes were telling, the more multi-part nature made the season feel more connected than a series of stand alone episodes and helped make up for there being an overall lack of character development, because the audience focused more on the story than the characters.

Lord Zedd, and consequently Serpenterra, were great additions too. At least at first. The American version of Zedd really did cut an imposing figure when he first showed up on the screen, and apparently caused a lot of parents to complain that their children were scared of him (hence him turning to buffoonery later in his tenure). Serpenterra too was an imposing threat, that by the end of season 3, was used as little more than a people mover. The issue with introducing a threat the Power Rangers could not defeat, is it had to have a crippling weakness. In this case, it was powered by a room of asthmatic wheel-running hamsters that fell over and died every 10 seconds. Rita and Zedd’s marriage, while disdained by many, I found really enjoyable. The evidence was all there for Rita and Zedd being a thing, so when it happened, it didn’t seem weird to me and it even felt like the next logical step. Logic, something that is woefully missing from certain parts of these first couple of seasons.

The series is a still-way-too-long at 52 episodes (they were absolutely milking this for everything they could by this point). Despite my praise for the multi-part episodic nature of the season, not all of those episodes were necessary. That being said, this season is still better than season one while suffering from many of the same pitfalls I have already talked about.

Now, I know the “Power Rankings” are gonna look kinda obvious at first, but here goes:

Welp, that’s the second of these columns written and I’m quite enjoying documenting my thoughts on each season. I hope you stick with me through it. I’ve told myself I’m not allowed to start watching SPD until I finish the columns for the Zordon era so that I don’t get too far ahead. Join me next time for NINJA POWERS!

Guys, Gals, and Non-aligned Pals, in the words of the sixteenth President of the United States, Abraham Lincoln, “Be Excellent to each other and party on Non-gender specific honorifics!”