Welcome to another edition of TXHT Jersey Share as we take a look at the Washington Capitals 2018 Stadium Series jersey. 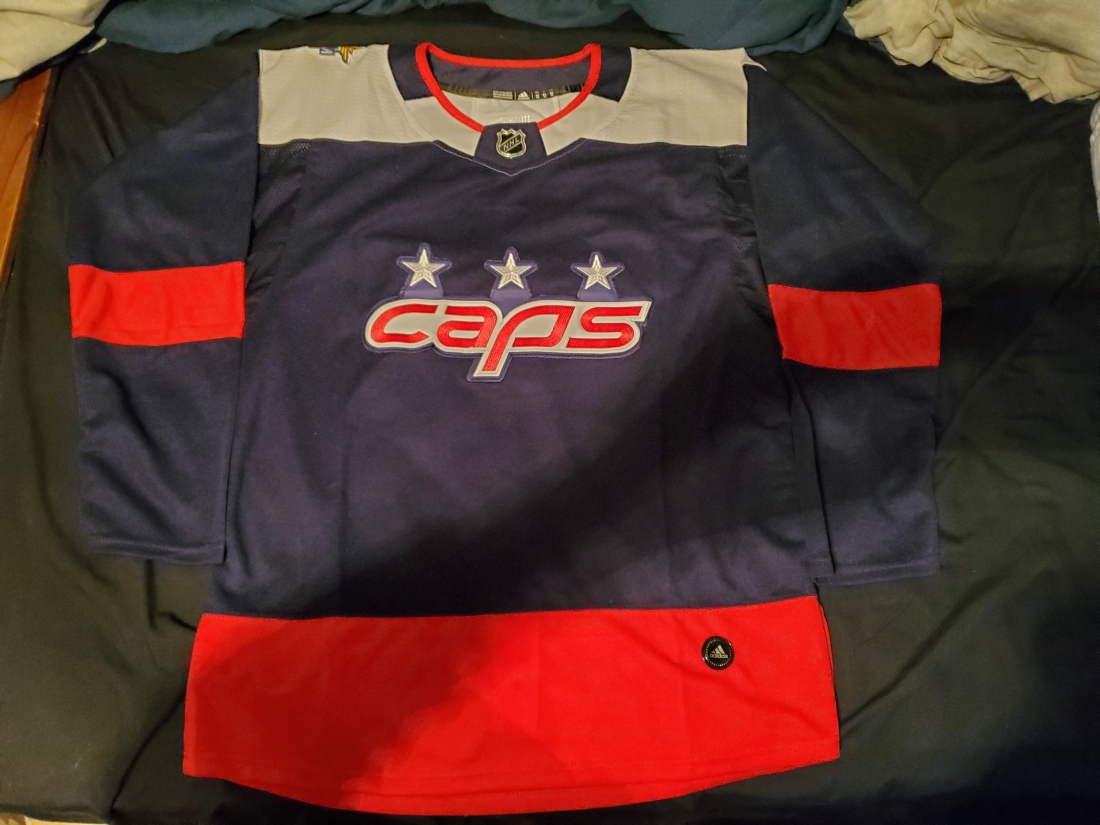 Hands down the worst jersey in franchise history. It’s not even a debate. This is also the laziest jersey ever down by the Capitals too. So let’s preface this real quick. The Capitals hosted the Toronto Maple Leafs at the Naval Academy in Annapolis, MD and they decided to honor the US Navy with navy jerseys. I kid you not, that’s the reason. They took their current logo and made a version for their nickname, and then they did white shoulders with red piping on the sleeves and for the bottom of the. It’s horrible. It doesn’t even honor the Navy at all.

If the Capitals really wanted to honor the Navy then they should have done more Navy based designs. Like keep the Caps logo and put it on a ship anchor, which they did for other merchandise like hoodies and shirts. That would have been more acceptable than with what we got. It’s bad. However, I will say this. What they did for the numbers on the back of the jerseys were cool (not pictured) as they did it to mimic the street map of Washington DC, and I’ll give them credit, that’s cool and I like that. But overall, this was a horrible jersey.