In another tough Metropolitan Division matchup the Washington Capitals host the Philadelphia Flyers with hopes of growing their Division lead back to five. In the first period the Capitals would get a pair of powerplays, but would be unable to capitalize on either of them. However, later in the period Lars Eller would net his 16th goal of the season to give the Capitals the 1-0 lead.

In the second period the Capitals would get themselves into penalty trouble as they would take back to back penalties to allow the Flyers the opportunity to get back into the game. The Flyers would look to have tied the game at one off of a Travis Konecny tally in front of a highly crowded net, but it would be ruled a no goal on the ice, and after an extensive review, which honestly should have been a goal as Braden Holtby was in the net when it was shot into him, was ruled still as no goal as the puck could not be seen over the goal line. However, Konecny would get his goal to tie the game at one while on the Flyers fourth powerplay opportunity. Then after their fifth powerplay opportunity of the game expired the Flyers would strike again as Derek Grant would make a beautiful redirect pass with his foot to allow Kevin Hayes to bank the puck into the wide open net to take the 2-1 lead, and Tyler Pitlick would score on an odd man break to grow the Flyers lead to two. However, the Capitals would strike late as Garnet Hathaway would get the Capitals back on the board and bring them back within one before the end of the period.

Then in the third period the Capitals powerplay would fall flat for the fourth time in this game, and the Flyers would respond with an Ivan Provorov tally, and Scott Laughton’s 13th of the season to give the Flyers the 5-2 victory.

What a pass & what a finish 😍 pic.twitter.com/aSfFTSqaCi 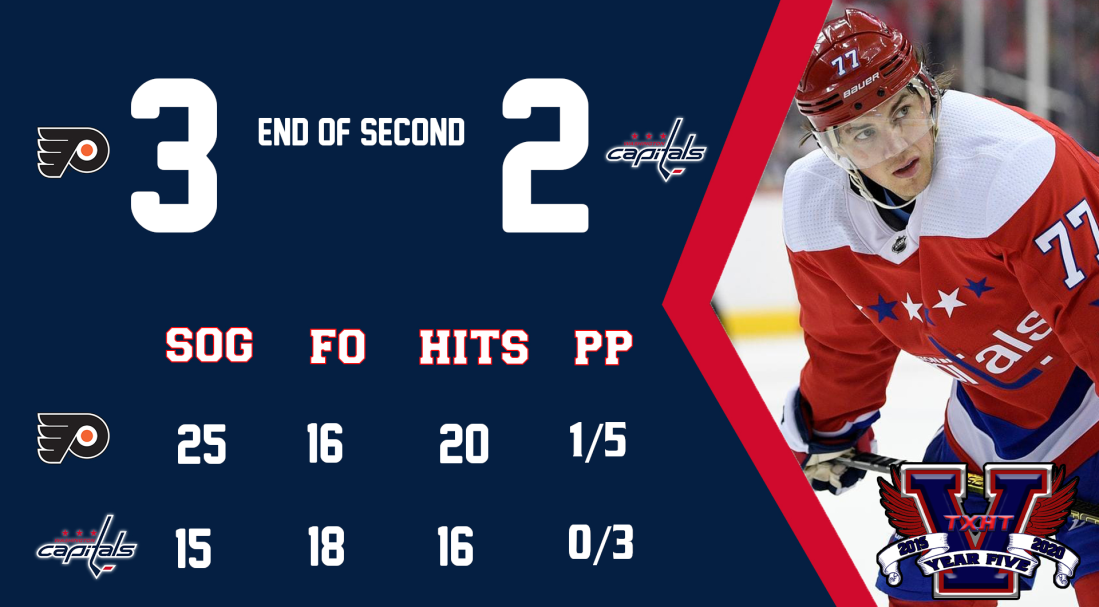 Laughton's 13th goal of the season is our 12th scored in DC this season. #PHIvsWSH | #NowOrNever pic.twitter.com/zsmsYd1IbM