Ladies and gentlemen, welcome to another edition of the TXHT Jersey Share series as we take a look at the new jersey of the NWHL’s Metropolitan Riveters, and their goaltender Sam Walther. 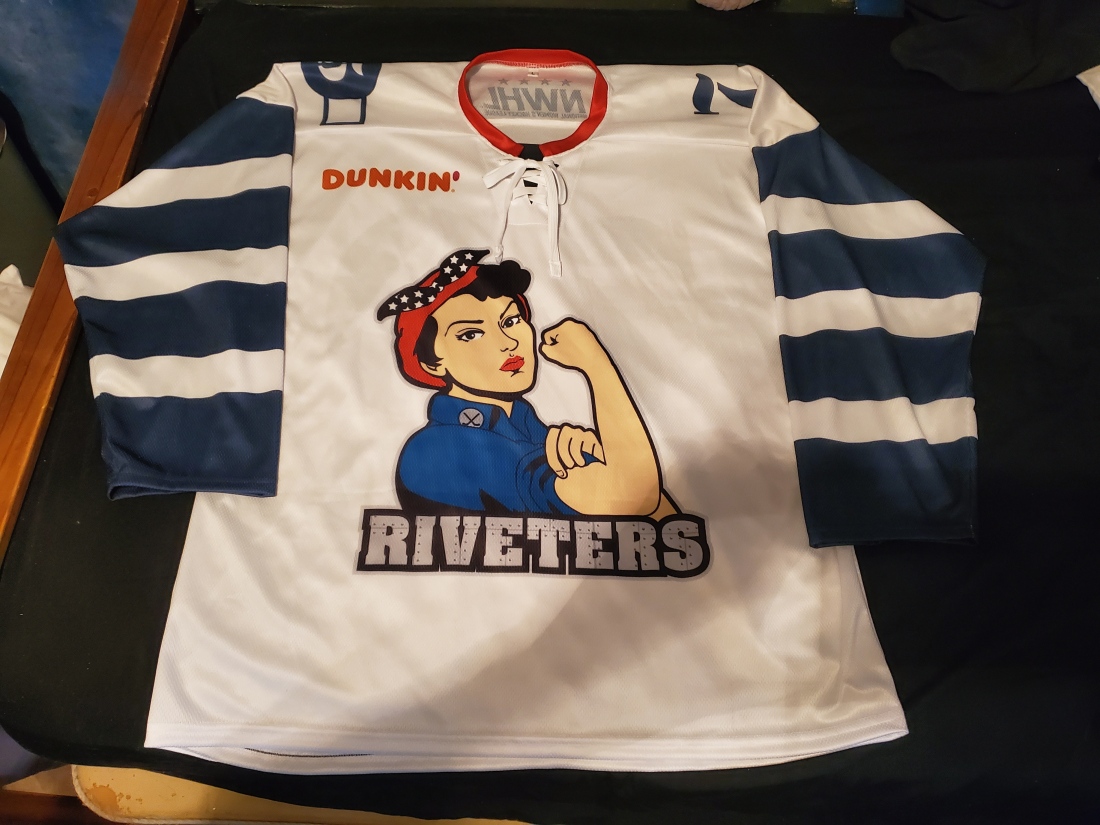 Back on September 27th the Riveters unveiled new uniforms for their fifth season. It also embarked a bold move away from a red uniform for the first time since their inaugural season. While at first I was not a fan of the new jersey, but being able to see it in action has changed my tune on that.

As seen with the back of the jersey, I purchased goaltender Sam Walther’s jersey. Outside of being a past guest on the TXHT podcast, and a Maryland native, I chose Walther because of her ties to the Washington Capitals, and the fact that she wears number 70 in honor of Capitals goaltender Braden Holtby.

Also Walther has been a literal brick wall for the Metropolitan Riveters this season, including earning VEDA Player of the Week honors earlier this month. Earning the nickname WALLther from both fans and teammates, getting her jersey was a must for me.

You too can purchase a Sam Walther Jersey by going to the NWHL Store today, and every item with Sam’s name on it, she gets a percentage of the sale. So get yours today!