Ladies and Gentlemen, boys and girls welcome to the latest edition of the TXHT Jersey Share series that sees us travel back to the 1990’s as we take a look at the St. Louis Blues 90’s Heritage jerseys.

Coming into the 2019-20 season the defending Stanley Cup Champion St. Louis Blues announced that they would be bringing back their 90’s jerseys as heritage jerseys for three games, and I couldn’t have been happier.

While the jerseys were only worn for three seasons (1995-96 through 1997-98), they’ve had a lasting impact on the franchise as Hockey Hall of Famers Brett Hull, Grant Fuhr, Chris Pronger, Al MacInnis, and even Wayne Gretzky all wore this uniform. The jerseys would also be a complete departure from the traditional jerseys they had worn in the past, and also made red a more prominent color. They even took a little style from the Mighty Ducks of Anaheim with the diagonal slant of the bottom of the jersey. 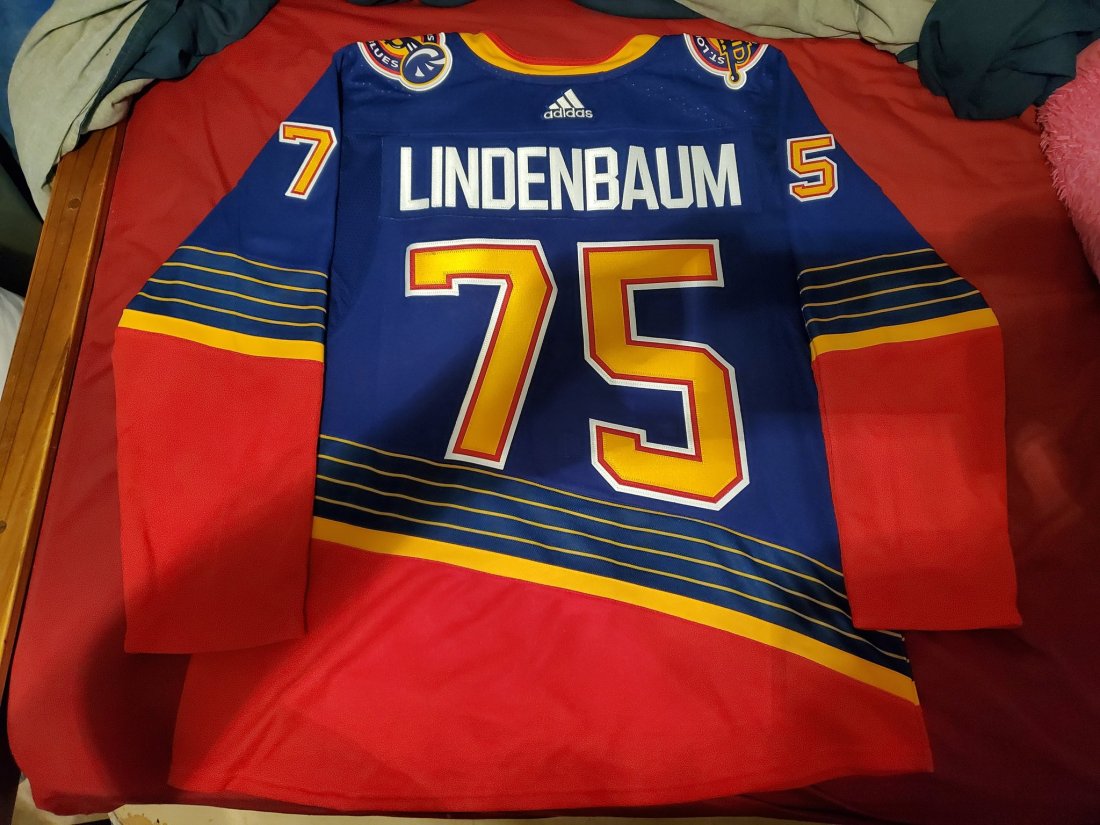 The jersey is also unique because while they did use the Mighty Ducks concept, they did their own take on it where while the red is dominant on the bottom of the jersey, it’s accompanied with multiple yellow and blue stripes, and with one dominant yellow stripe and four thinner yellow stripes to impersonate sheet music. On the sleeve you see the same scheme. What is cool is how the numbers are done on the jersey as the numbers on the back slope downwards and gets bigger as it goes towards the right side of the jersey, and on the sleeves the numbers have a sloped affect as well.

It’s an enjoyable jersey, and I was able to get mine from CoolHockey.com and if you’re a jersey collector, this is a definite must have.