In the second game of their home and home with the Winnipeg Jets, the Washington Capitals travel to Winnipeg looking to sweep the series with the Jets and earn their third consecutive victory. In the first period the Jets would be buzzing to start the game as they would quickly apply pressure in the Capitals zone. The Capitals would get some chances, but the Jets would score first as Dmitry Kulikov would blast a bomb from the point that a screened Ilya Samsonov would not see until it was too late as the Jets took the 1-0 lead. immediately after the goal was scored the Capitals would take a pair of penalties within a five second span to give the Jets an almost full two minute two man advantage. However, the Capitals penalty kill would be up to the task as they killed both penalties and kept the Jets lead to one.

In the second period the Jets would take it to the Capitals and force the play in their zone, but the Capitals would get back to back powerplays. However, the Capitals would be unable to capitalize on the opportunities to tie the game, and the game would remain 1-0 for the Jets.

Then in the third period the Capitals would get their third straight powerplay opportunity, but would not be able to capitalize on this one either. Then later in the period Kyle Connor would wrist a bullet past Samsonov to give the Jets the 2-0 lead, and in the final minutes Mark Scheifele would get the empty netter to secure the 3-0 victory for the Jets. 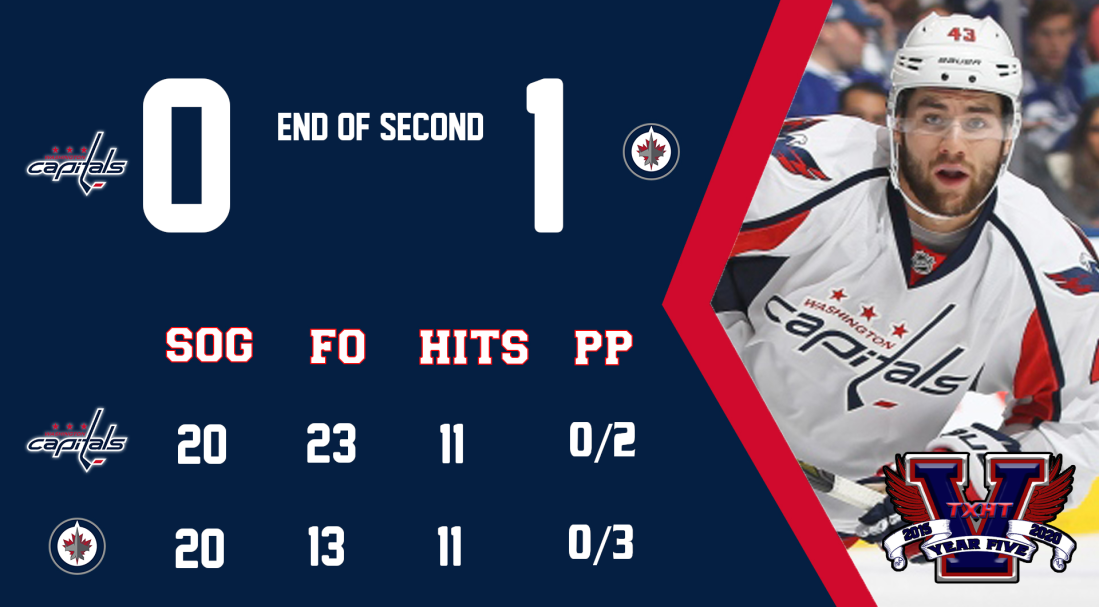