The Washington Capitals would continue their home stretch as they would host the Los Angeles Kings. In the first period both teams would trade powerplays, but neither team would be able to capitalize on their opportunities with the extra man. However, with a little less than five minutes left in the period Jeff Carter would rip a beautiful wrister past Braden Holtby to take the 1-0 lead.

In the second period the Kings would continue to control the pace of the game, but the Capitals would strike to tie the game at one with John Carlson’s 14th goal of the season.

Then in the third period the game would be a bit more even as both the Kings and the Capitals would generate chances, but both Holtby and Jonathan Quick would be up to the task. However, both teams would strike as Jeff Carter would net his second of the gamer to take the 2-1 lead for the Kings, but Alex Ovechkin would respond with his 696th and 697th career NHL goals (and 38th and 39th of the season) to give the Capitals their first lead of the game. Then with the goalie pulled Ovechkin would complete the natural hat trick as he would hit the empty net for his 11th 40 goal NHL season and 698th career NHL goal to give the Capitals the 4-2 victory over the Kings.

Jeff Carter snipes on past Braden Holtby to give the LA Kings a 1-0 lead on the road 🙌#GoKingsGo pic.twitter.com/08r0zB5Fwp 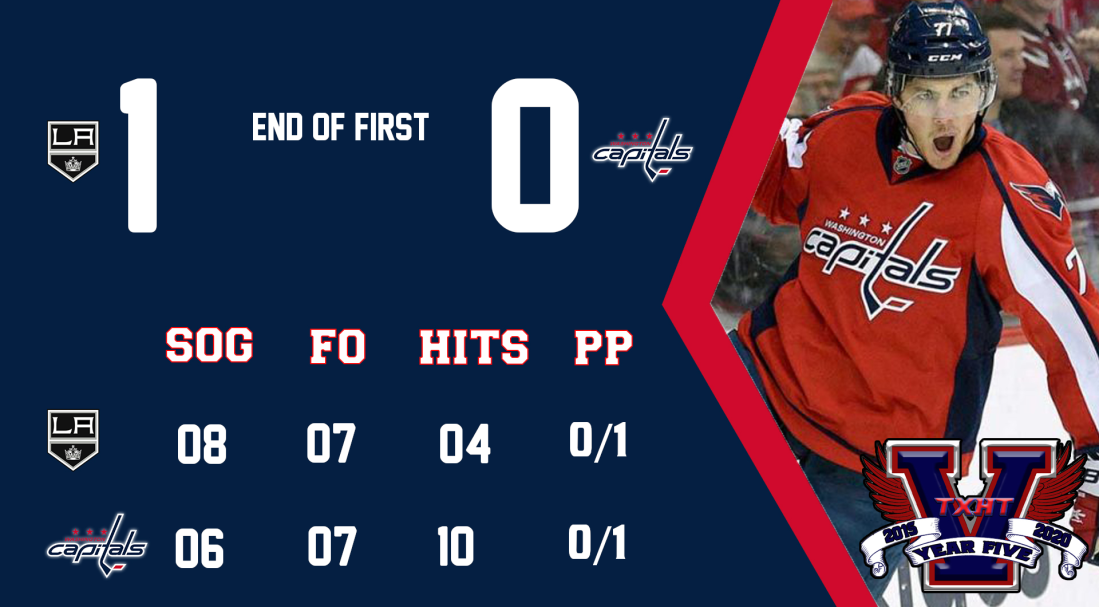 One shot, one goal! pic.twitter.com/lWC7r14X6N

Ovi with the late game heroics!!!! We are not worthy pic.twitter.com/zeq0pa5J69