Coming back from the Bye Week and All Star break the Washington Capitals kick start their road to the playoffs on the road against the Montreal Canadiens, and the Capitals would do so without captain Alex Ovechkin who would need to serve a one game suspension for skipping the All Star festivities. In the first period Tomas Tatar would charge into the Capitals zone and find defenseman Jeff Petry streaking through the slot and slide the puck past Braden Holtby to give the Canadiens the 1-0 lead less than two minutes into the game. Both the Capitals and Canadiens would trade powerplay opportunities, but both teams penalty kills would shut things down. However, on a late powerplay opportunity for the Capitals, Jakub Vrana would find Tom Wilson from behind the net to give Wilson his 15th of the season to tie the game at one.

In the second period the Capitals would start with a full two minute powerplay thanks to a Phillip Danault high stick to Garnet Hathaway to end the first period, and with this opportunity the Capitals would not strike, but would generate great zone time that would lead to a Travis Boyd marker three seconds after the powerplay ended when Petry would accidently knock it into his own net as the Capitals take the 2-1 lead. Then later in the period Jakub Vrana would strike off of a great forecheck by Evgeny Kuznetsov to grow the Capitals lead to two.

Then in the third period Dale Weise would score in his 500th career NHL game for his first of the season for the Canadiens, Nicklas Backstrom would get the empty net goal with 23 seconds left in the game to give the Capitals the 4-2 victory.

The projected lines for tonight's game against the Capitals.#GoHabsGo pic.twitter.com/yo3MZ4YwXX

Seventh goal of the season for Jeff Petry, first point as a Hab for Marco Scandella.#GoHabsGo pic.twitter.com/ap2fJZhE08

Tom Wilson in the Paint! pic.twitter.com/tIfnKQ7DkQ

And that's why they call him the Dutch Gretzky.#GoHabsGo pic.twitter.com/W0ZymOEYV2 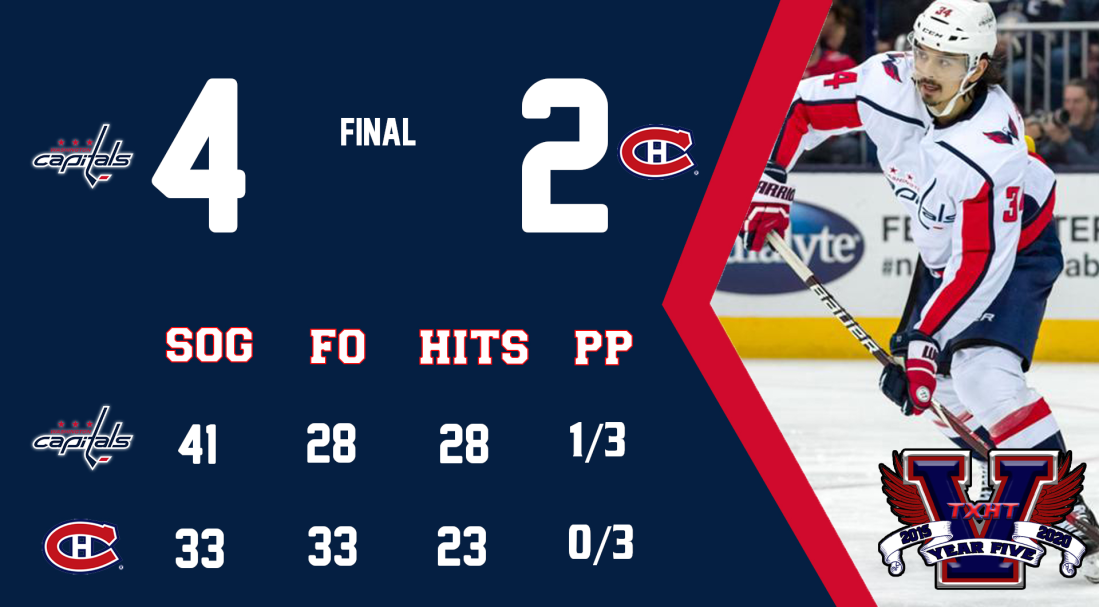