In today’s edition of the jerseys received from the Mystery Boxes purchased from CoolHockey.com, we take a look at the Calgary Flames third jersey they did when Reebok was doing the NHL jerseys. 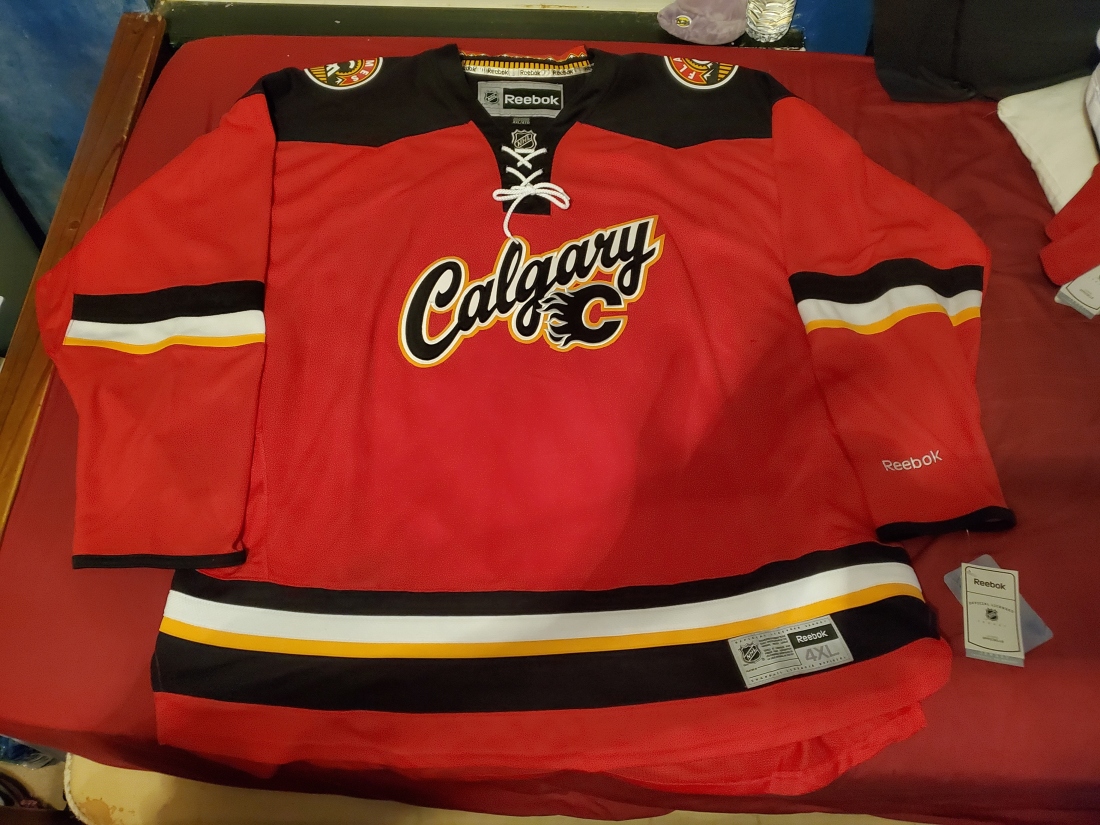 This Flames alternate jersey was unveiled on October 27th, 2013 and was worn during the 2014-14 season through the 2015-16 season. The crest features the name “Calgary” scripted on the crest of the jersey with the traditional Flames “C” logo below the script. For the shoulder patches the Flames unveiled a new alternate logo which would feature a mountain range with a setting sun in the background. Within the setting sun and mountain range you also see the letters “C” and “F”.

Just like with yesterday’s Montreal Canadiens jersey, this jersey also too big for me as this jersey is a size 4XL, which is four times my normal jersey size.

If anyone would be interested in this jersey feel free to head over to Michael’s eBay store and check out the item today.