Heading into Nashville to start a quick two game road trip, the Washington Capitals look to get back into the win column after two consecutive overtime defeats at home. However it would be the Predators on the quick pounce as they would get four shots in the first three minutes of the game. After a little over 8 minutes played the Predators would be outshooting the Capitals 7-3, and Braden Holtby had to come up huge to deny Matt Duchene, but after the TV break Lars Eller would knock in the loose puck in the crease after a mad scramble around the Predators net. However, the Predators would respond when Jakub Vrana would do a very poor break out pass attempt and Filip Forsberg would get a breakaway opportunity and rip the puck past Holtby to tie the game. After both goals were scored the Capitals would get a powerplay opportunity, but could not capitalize and then gave the Predators two powerplay opportunities which they would kill going into the first intermission tied at one a piece.

In the second period the Capitals would get an early powerplay opportunity on a Colton Sissons high sticking penalty, and it would take the Capitals about 30 seconds of powerplay time for Alex Ovechkin to crank a one timer past Pekka Rinne to give the Capitals the 2-1 lead. However, the lead would not last long as the Predators would take advantage of a stretch pass that scattered the Capitals defense to give Ryan Johansen his first goal of the season to tie the game at two. After giving up the tying goal Garnet Hathaway would be called for interference, but Tom Wilson would wrist a beautiful shot past Rinne for the shorthanded goal to give the Capitals the 3-2 lead. A little later into the period the Capitals first line of Wilson, Ovechkin and Nicklas Backstrom would do a very good job of cycling the puck to result in a Roman Josi penalty, and on the powerplay Ovechkin would bomb his second powerplay goal of the game to make it 4-2 Capitals.

Then in the third period the Capitals would lay back and take a bad penalty that would allow the PRedators to get back in the game starting with Ryan Johensan scoring his second of the game while on the powerplay, then a minute ten seconds later Matt Duchene would score his first goal as a Nashville Predator to tie the game at four a piece. However, Dmitry Orlov would lead a rally as he would have a huge shift that would have him finding TJ Oshie who would bury the puck to make it 5-4 Capitals. But it wouldn’t last long as the Predators would get goals from Nick Bonino and Mattias Ekholm in a 28 second span to give the Predators a 6-5 lead over the Capitals. The Capitals would pull Braden Holtby for the extra attacker, and draw one last powerplay, but the Capitals could not comeback after blowing their third consecutive third period lead as they fall to the Predators 6-5. 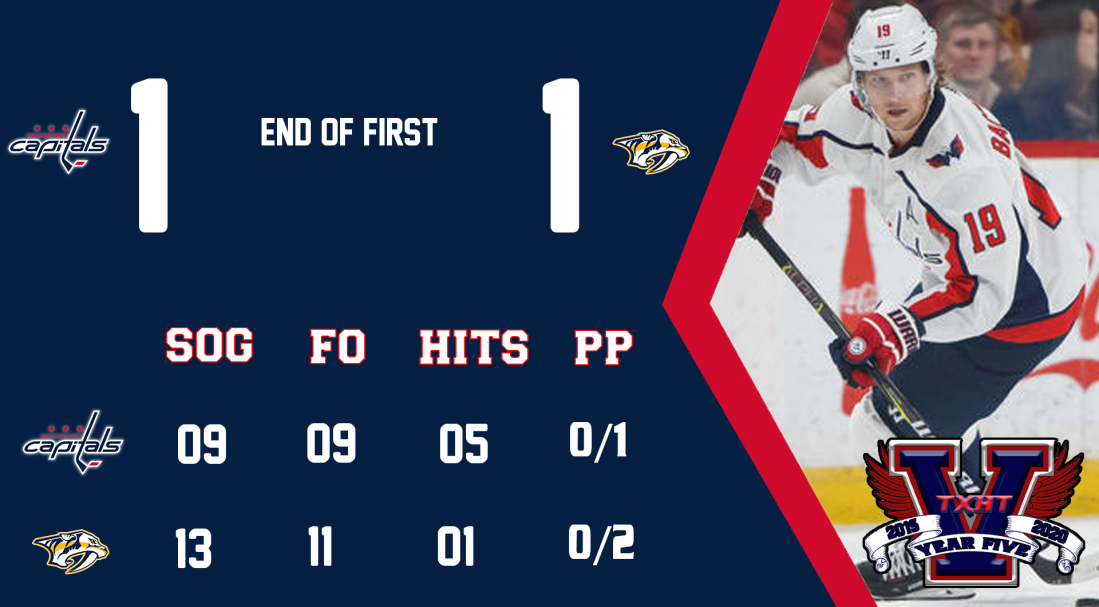 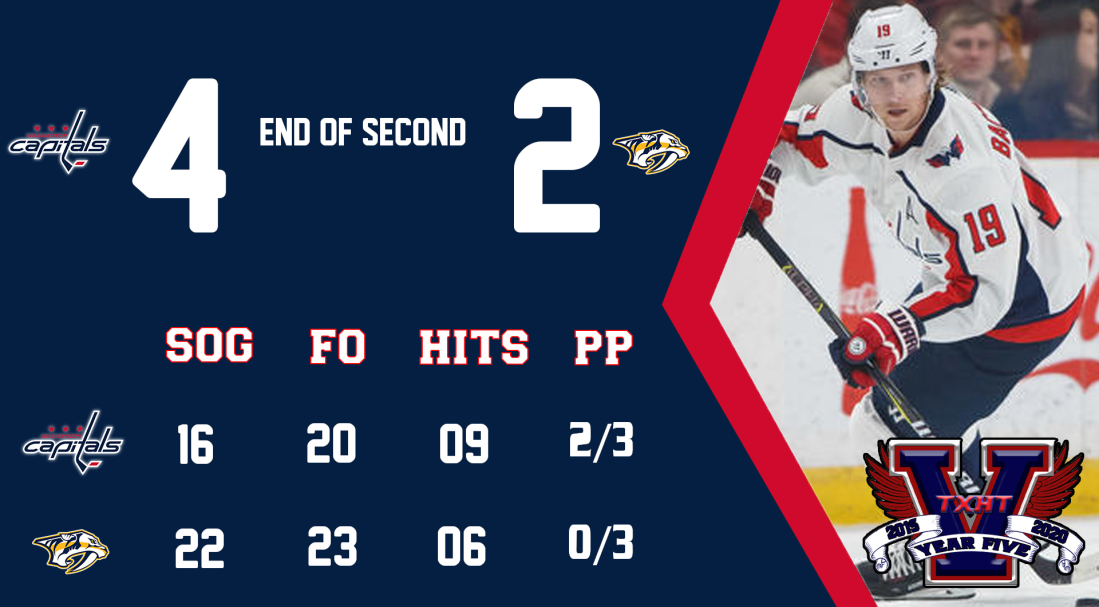 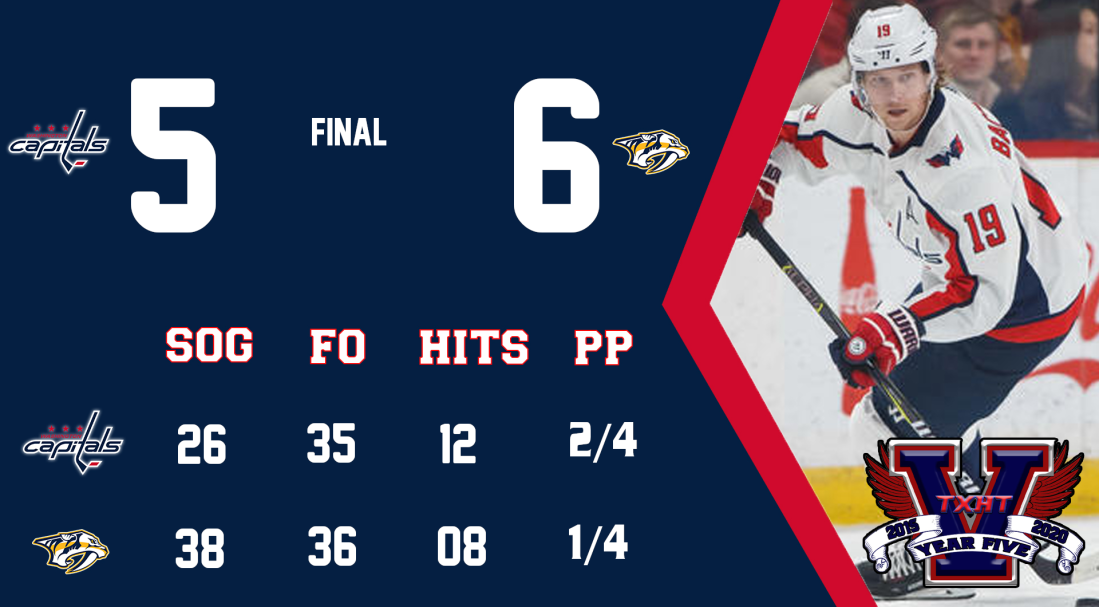