Today in the NWHL the Metropolitan Riveters announced another signing for the 2019-20 season.

The Riveters announced that they have signed SWHL leading scorer Kate Leary to a one year deal. 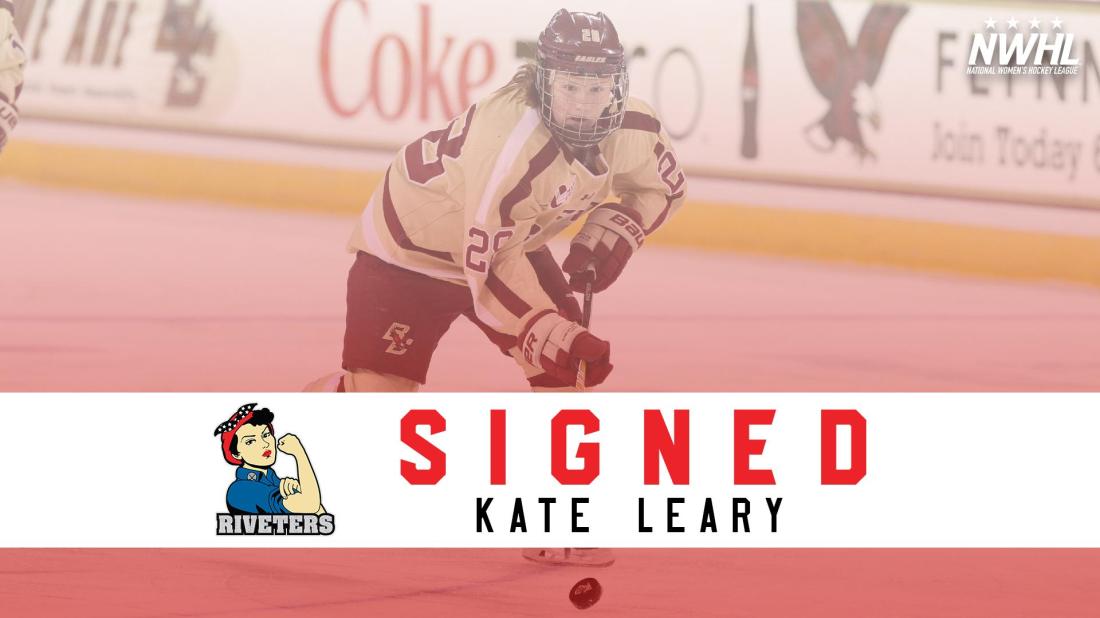 Leary, a Boston College Graduate, played for the Boston Blades of the CWHL for two seasons, and led the Blades in both seasons she played for them. Last season playing for Lugano of the Swiss Hockey League (SWHL) Leary scored 33 goals in 20 games played to lead the league, and was third in the league in points. This will be Leary’s first season in the NWHL and with the Riveters.

Other News and Notes:

The Riveters are proud to announce our official partnership with fassstprotectnj 💪 Huge thanks to them and ATC @LaurenBarry7 for helping to keep our team healthy, strong, and ready for the start of the season! https://t.co/N7Vr6noVYG