Today in the NWHL, we had one announcement today that Boston Pride has re-signed forward McKenna Brand for the 2019-20 season. 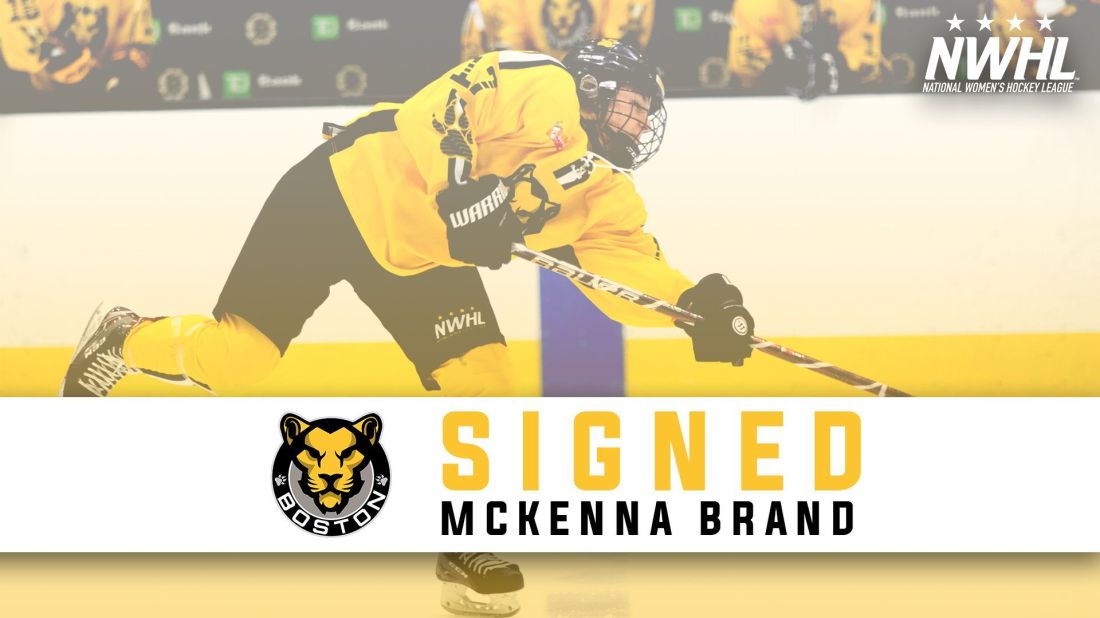 Brand, who will be entering her second season with the Pride and the NWHL, scored 6 goals and 11 assists for 17 points in her rookie season in 2018-19, and ranked fifth overall in scoring in the NWHL. Brand’s salary was not disclosed.

With the McKenna Brand signing, @TheBostonPride now have two forward lines and two D-pairs signed (10 total skaters). They have spent at least $58,000 of their $150,000 salary cap.

Good question! I have a sheet where I am keeping track of the known and unknown salaries. Because the min. salary is $4k, we can at least assign a minimum amount to the team's total salary.