This morning was a busy one for the NWHL as they made three free agent signing announcements.

First it was the Connecticut Whale re-signing defender and NWHL veteran Elena Orlando to a one year deal. 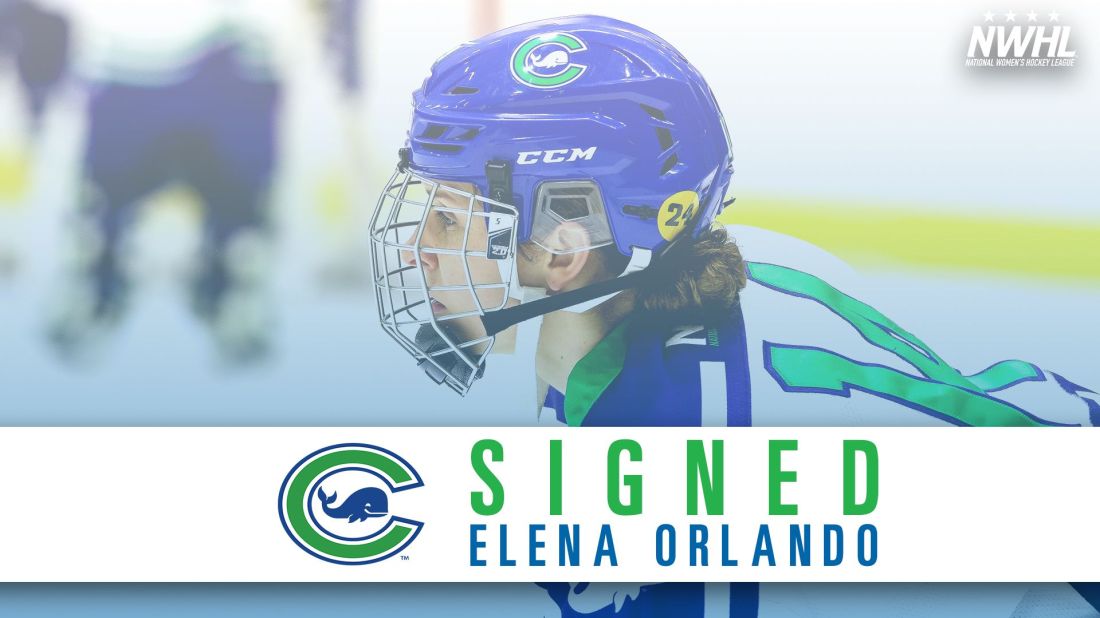 Orlando will be playing in her fourth season with the Whale, and her fifth in the NWHL. Orlando’s salary was not disclosed.

Next up it would be announced that the Boston Pride has re-signed Mallory Souliotis to a one year contract.

This will be Souliotis’ second full season with the Pride and in the NWHL. Souliotis’ salary was also not disclosed.

Then it would be the Minnesota Whitecaps signing the goaltender of free agency when the re-signed Amanda Leveille for the 2019-20 season.

Leveille is a two time Isobel Cup Champion (2017 with Buffalo, and 2019 with Minnesota), and with her sigming she became the 15th player to sign for the 2019-20 season. Leveille’s salary was also not disclosed.