Today is Wednesday, April 24th, 2019, and these are your news and notes

There were two contests in Stanley Cup playoff action. 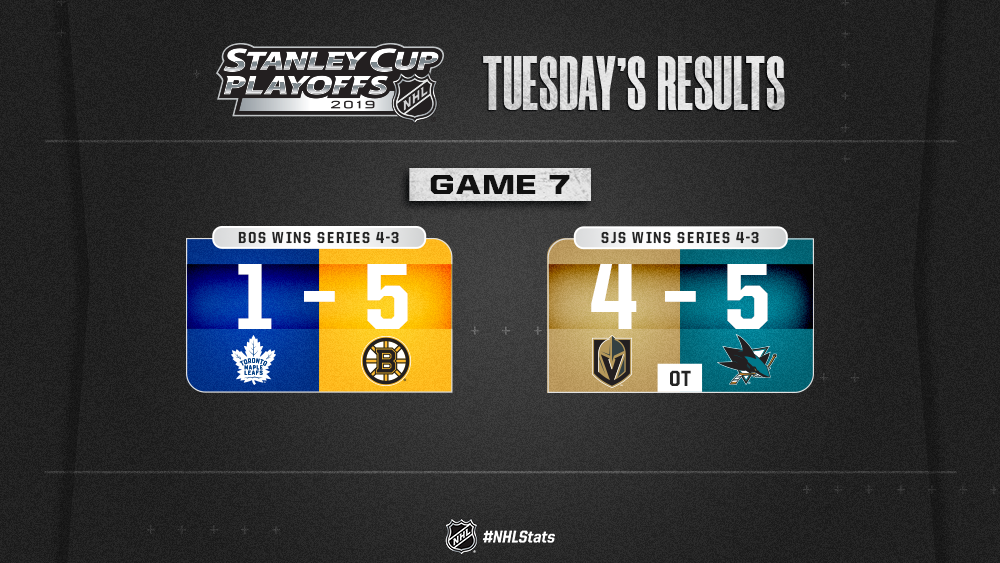 The Boston Bruins defeated the Toronto Maple Leafs last night by the score of 5-1 and would go on to win this series in 7 games.  The Boston Bruins will now face the Columbus Blue Jackets in the second round.

Steve Gardiner has your full recap of the contest between the Bruins and the Maple Leafs here or at the following page.

Boston Bruins vs Toronto Maple Leafs – Round 1 – Game #7 Recap#LeafsForever Season comes to an end at the hands of the #NHLBruins. The Bruins will now host #CBJ on Thursday fror Game 1 of the 2nd Round. #StanleyCuphttps://t.co/u7HBKAcsit

The #SJSharks comeback from a 3-0 deficit in the 3rd period to force overtime where they would get the game winning goal from Barclay Goodrow to defeat #VegasBorn and win the series 4-3. The Sharks will face #GoAvsGo in Game 1 of the 2nd Round on Friday. #StanleyCup pic.twitter.com/wGq3jh9LxS

Today in Stanley Cup playoff action is a win or go home for either the Carolina Hurricanes or the Washington Capitals.  The action kicks off at 7:30 p.m., ET. 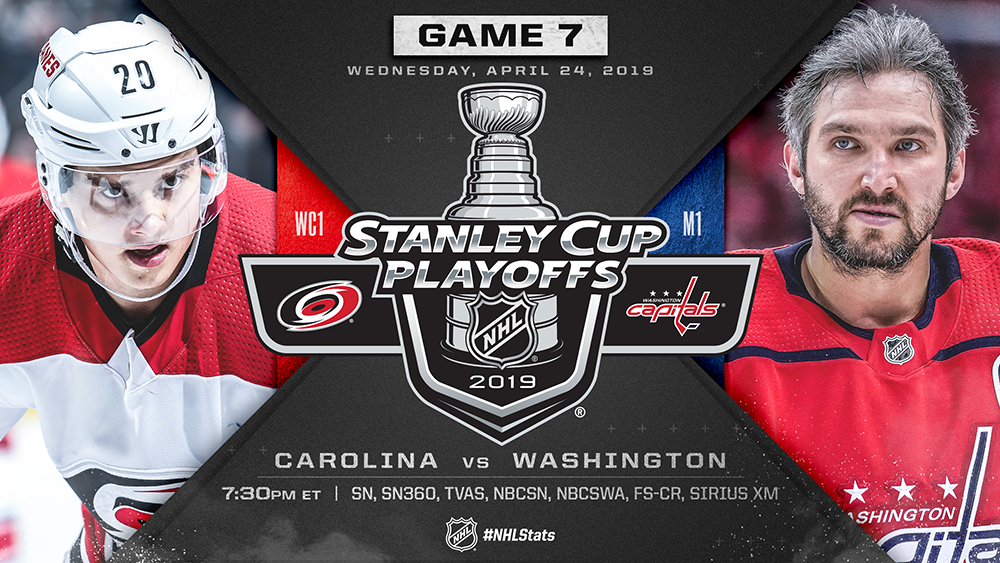 Second round action kicks off tomorrow (Thursday night).  The second round schedule is posted below with the either Carolina or Washington advancing. 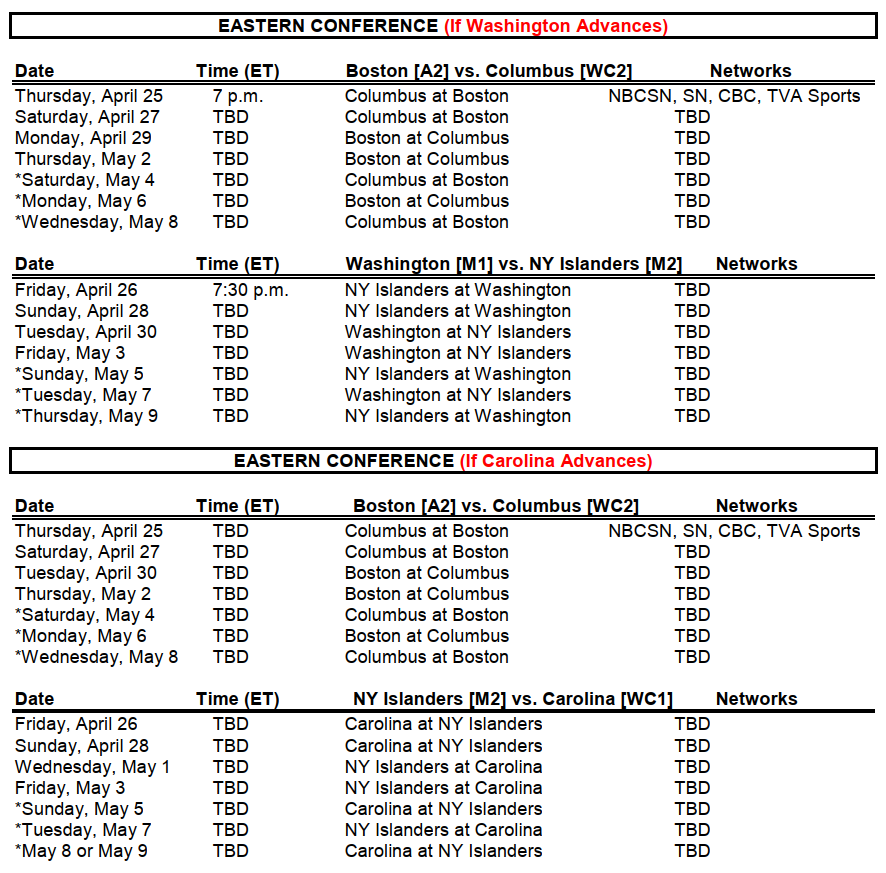 The full second round schedule will be made public later tonight.

For more news, notes, information, and stats, you can check out the NHL’s Morning Skate report, which is posted below.

▪ @SanJoseSharks advance to Second Round with stunning finish
▪ @NHLBruins win another #Game7 vs. Maple Leafs
▪ @Capitals, @NHLCanes conclude First Round with Game 7 in D.C.#NHLStats: https://t.co/bujlALiX8K pic.twitter.com/xFKY8btcXC