There were two games yesterday in Stanley Cup playoff action.  TXHT has all of your recaps from the contests below. 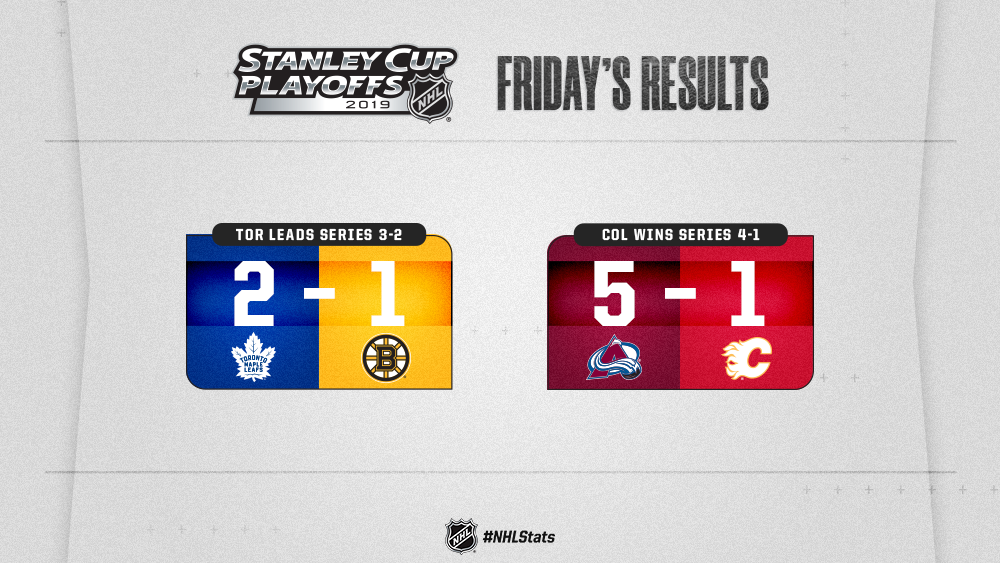 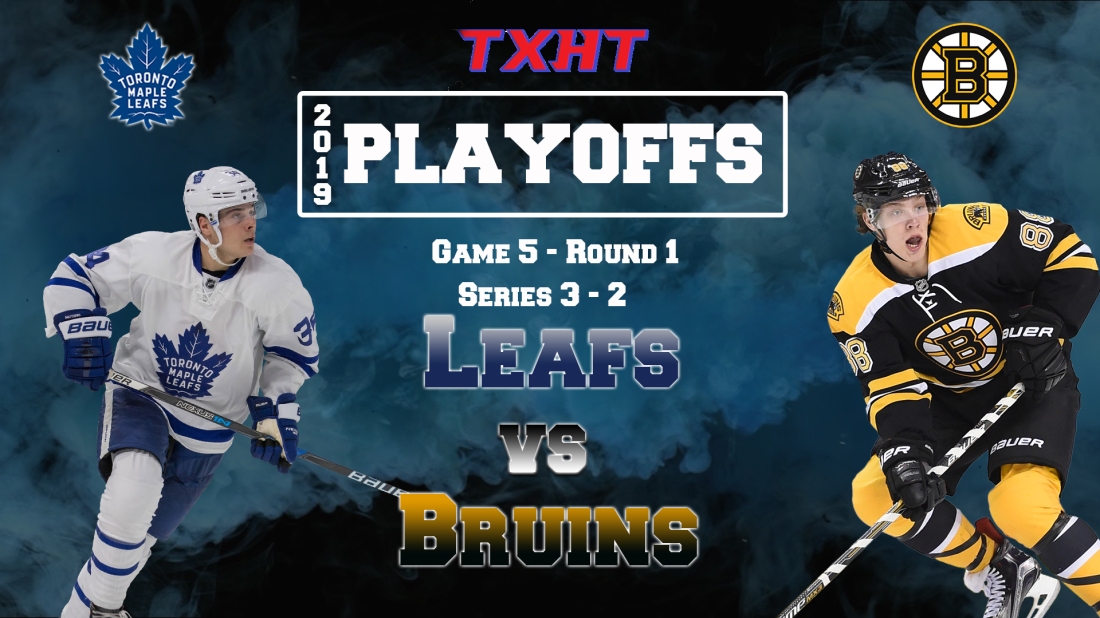 The Toronto Maple Leafs would take the 3-2 series lead with their 2-1 win over the Boston Bruins last night.  You can catch Steve Gardiner’s recap of the contest between the Bruins and the Maple Leafs here.

The Maple Leafs will look to win the series, their first series win since 2004, when Game 6 takes place tomorrow (Sunday, April 21st) at 3 p.m., ET.

Boston Bruins vs Toronto Maple Leafs – Round 1 – Game #5 Recap#LeafsForever come through big in game 5 with a couple of goals in the 3rd and hold on against the #NHLBruins for the 3-2 series leads. #StanleyCuphttps://t.co/LmuKcK3LpR

The Colorado Avalanche would crush the Calgary Flames with a 5-1 and would go on to win this series 4-1.

The Colorado Avalanche now await the winner of the series between the Vegas Golden Knights and San Jose Sharks.

The @Avalanche have powered their way to the Second Round. #StanleyCup pic.twitter.com/RNz3nScRiw

Scott Fairchild has your recap of the contest between the Avalanche and the Flames here.

The #GoAvsGo put out the #Flames with back to back powerplay goals late in the 2nd and early in the 3rd to win 5-1 and advance to the 2nd round of the #StanleyCup Playoffs.https://t.co/cAESHUgNZR

There are three games taking place today.  The action kicks off with the Dallas Stars facing off against the Nashville Predators at 3 p.m., ET.

The @StLouisBlues look to advance past the opening round for the third time in four seasons while a pair of deadlocked series contest Game 5: @DallasStars at @PredsNHL and @NHLCanes at @Capitals. #NHLStats #StanleyCup

For more news, notes, information, and stats, you can check out the NHL’s Morning Skate report posted below.

TXHT has all of your 2019 Stanley Cup playoff previews and recaps which you can read here.