There were four games in Stanley Cup Playoff action yesterday. 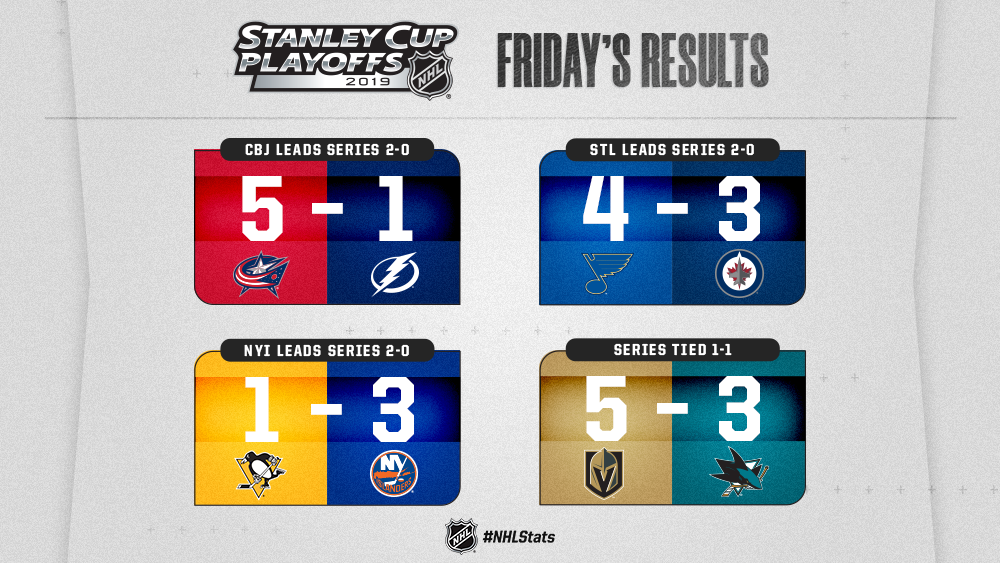 All of the recaps are written by the TXHT staff.

The Columbus Blue Jackets crushed the Tampa Bay Lightning with a 5-1 win and took a 2-0 series lead.

Matt Duchene has a goal and 3 assists, while Zach Werenski has a Gordie Howe hat trick as #CBJ dominate #GoBolts 5-1. #StanleyCuphttps://t.co/t8NIztamiz

The NY Islanders defeated the Pittsburgh Penguins 3-1 and took a 2-0 series lead.

The Islanders will look to take a commanding 3-0 series lead with Game 3 shifting to Pittsburgh.  Game 3 takes place tomorrow afternoon at 12 p.m., ET.

Pittsburgh Penguins vs New York Islanders – Round 1:Game #2 – Game Recap#Isles bring the heat in the 3rd period and steal another game from the #LetsGoPens.https://t.co/94sScxwL5K

Oskar Sundqvist nets two goals and Ryan O'Reilly scores the game winner to give the #STLBlues a 4-3 win over the #GoJetsGo and 2-0 series lead. #StanleyCuphttps://t.co/roZfjjp17V

The Vegas Golden Knights would go on to take Game 2 in the series after giving up a three goal lead in the first period and defeat the San Jose Sharks 5-3.

The Golden Knights will look to take the series lead with Game 3 taking place tomorrow (Sunday, April 14) at 10 p.m., ET.

#VegasBorn blows a 3 goal lead, but are able to recover with both a powerplay and shorthanded goal to defeat the #SJSharks 5-3 and tie the series at one a piece. #StanleyCup pic.twitter.com/9ACr2LVoLm 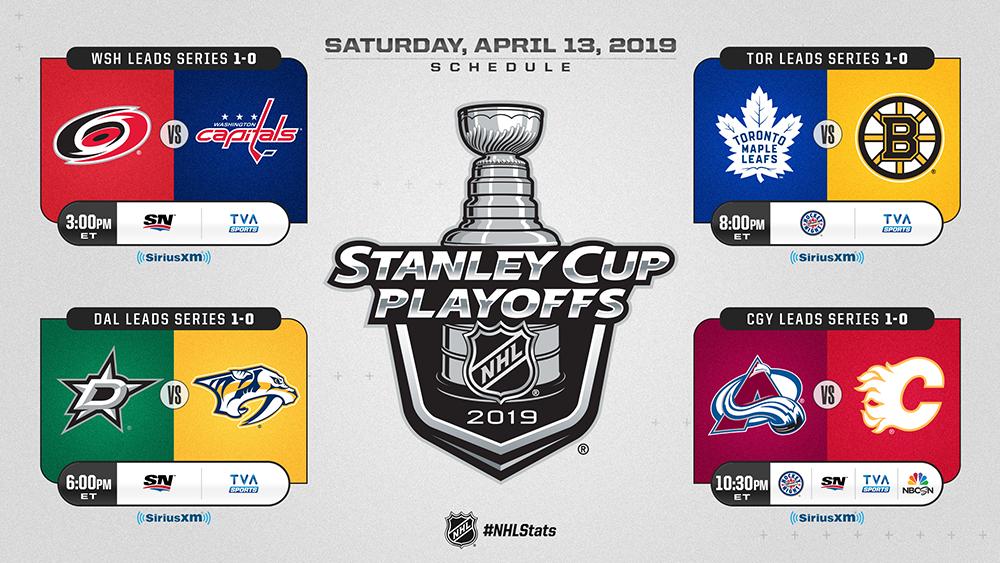 To see all of the THXT’s recaps and Stanley Cup Playoff previews, please check out our website linked below.

Make sure to follow #TXHT's extensive Playoffs coverage on our our Official #StanleyCup page today!#ALLCAPS#TakeWarning#CBJ#GoBolts#Isles#LetsGoPens#NHLBruins#LeafsForever#Flames#GoAvsGo#STLBlues#GoJetsGo#SJSharks#VegasBorn#GoStars#Predshttps://t.co/oGVg2tSUxq