Today is Wednesday, April 3rd, 2019, and these are your news and notes

There were 10 games in NHL action yesterday. 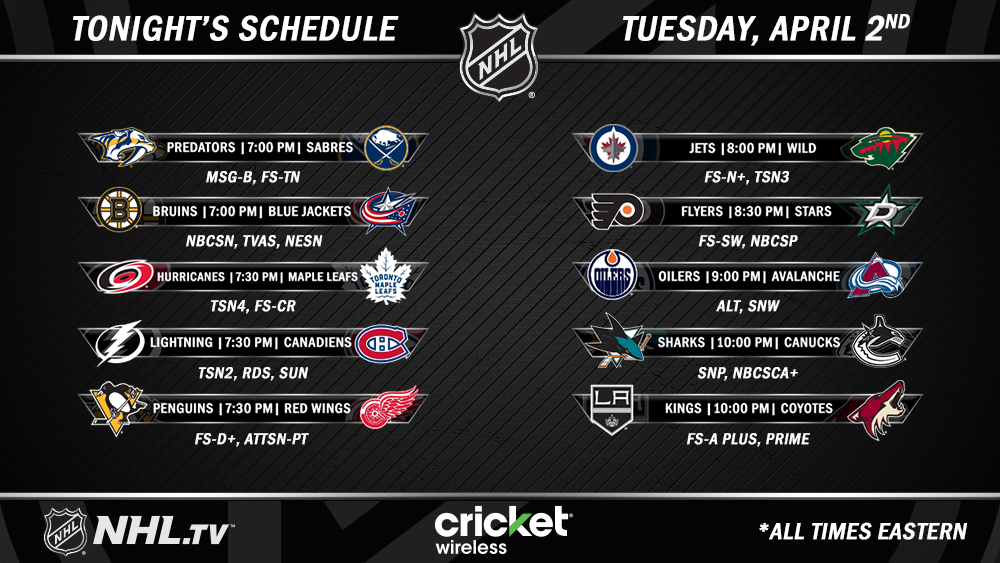 The Nashville Predators would take down the Buffalo Sabres with a 3-2 win.  With the win, the Predators are now 6-2-1 in their last nine contests.

Highlights: #Preds improve to 6-2-1 in their last nine games with victory in Buffalo. #NSHvsBUF https://t.co/59tgRbkHS4

The Boston Bruins would defeat the Columbus Blue Jackets by the score of 6-2 and in doing so, the Bruins would snap Columbus’ five game win streak.

Here is the infographic on Boston’s win over the Blue Jackets. 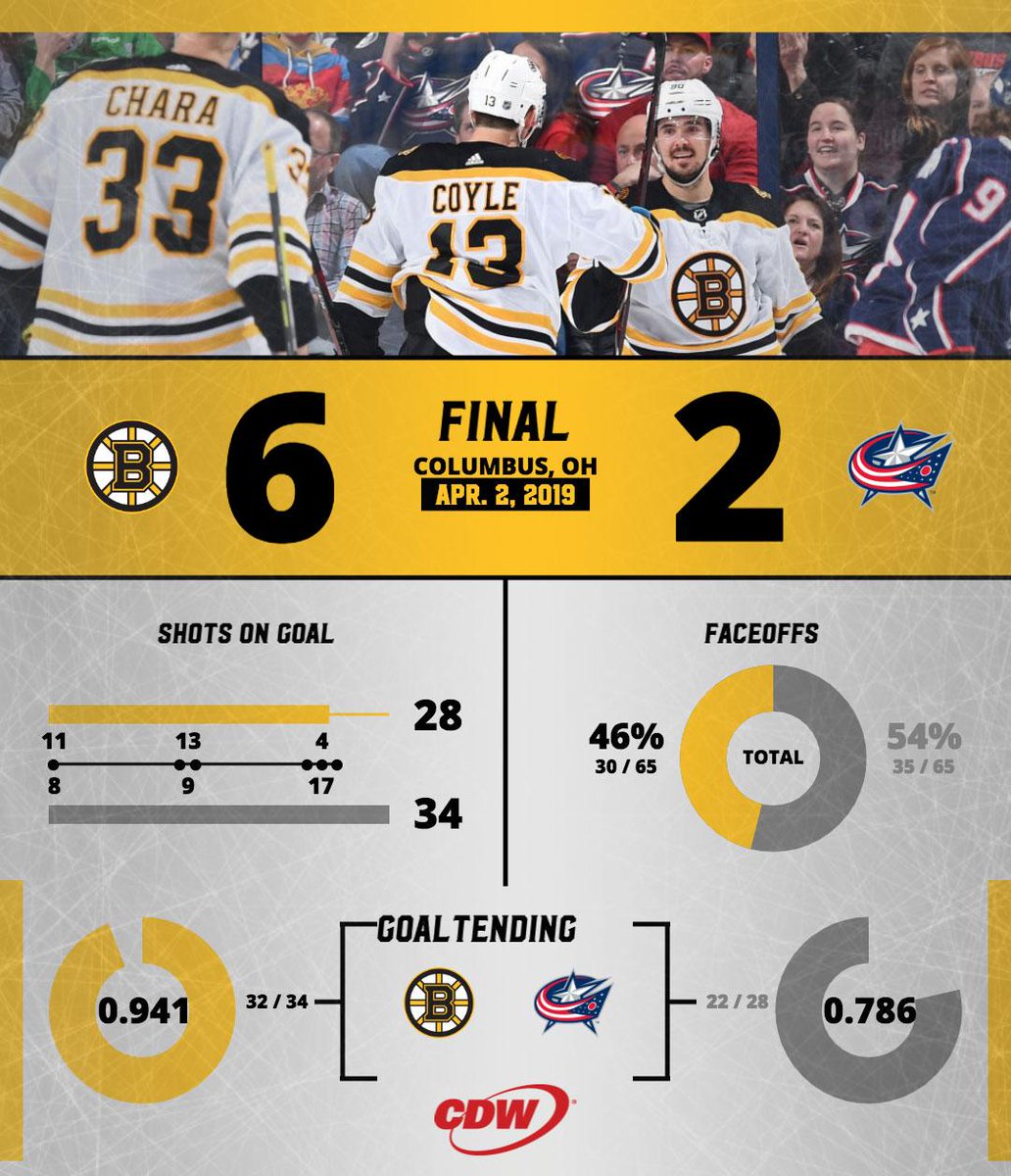 *Image is the property of the NHL, NHL Public Relations, Boston Bruins, and their respective owners

The Carolina Hurricanes would defeat the Toronto Maple Leafs by the score of 4-1 and in doing so, the Hurricanes are trying to stay in contention for a postseason spot.

With the loss by the Maple Leafs, Toronto clinched the third spot in the Atlantic Division.

The Montreal Canadiens would double up the Tampa Bay Lightning with a convincing 4-2 win.

The Canadiens are the sixth team for which Nate Thompson has scored a goal.#GoHabsGo pic.twitter.com/dX5xYfnM5i

The Detroit Red Wings would win their sixth straight game with a 4-1 win over the Pittsburgh Penguins last night.

The only goal scorer in the contest for the Penguins would be Phil Kessel, with his 25th goal on the season.

Pittsburgh’s infographic from last night’s contest is pictured below

*Image is the property of the Pittsburgh Penguins, NHL, NHL Public Relations, and their respective owners

The Minnesota Wild would defeat the Winnipeg Jets with a 5-1 win last night and with the win, the Wild prevented the Jets from climbing further for the division lead.

The Dallas Stars would take down the Philadelphia Flyers with a convincing 6-2 win last night.

We made it. After the ups and downs this season, the Stars clinch a playoff spot, and they did it in impressive fashion.

A stellar road trip followed by a 6-2 win at home shows what this Stars team can do once the playoffs start next week. https://t.co/A5MlgqIsoq

Alexander Radulov would score two goals in the contest, giving him 29 goals on the season,

With Dallas’ win, they clinched a spot in the 2019 Stanley Cup playoffs.

After a two-year absence, the @DallasStars are set to leave their mark on the 2019 #StanleyCup Playoffs.

The Colorado Avalanche would beat the Edmonton Oilers with a 6-2 in last night.

After being down 2-0 at the end of the first period, the Avalanche scored six unanswered goals to seal the win.  Also in this contest, Colorado’s Nathan MacKinnon would register his 400th NHL point.

With Colorado’s win over the Oilers, the Minnesota Wild have been mathematically eliminated from postseason contention.  It will be the first time that the Wild are not in the playoffs since the 2011-12 season.

Tanner Pearson would score twice in the contest to give the Vancouver Canucks a 4-2 win over the San Jose Sharks.

San Jose’s infographic from the 4-2 loss to the Vancouver Canucks last night. 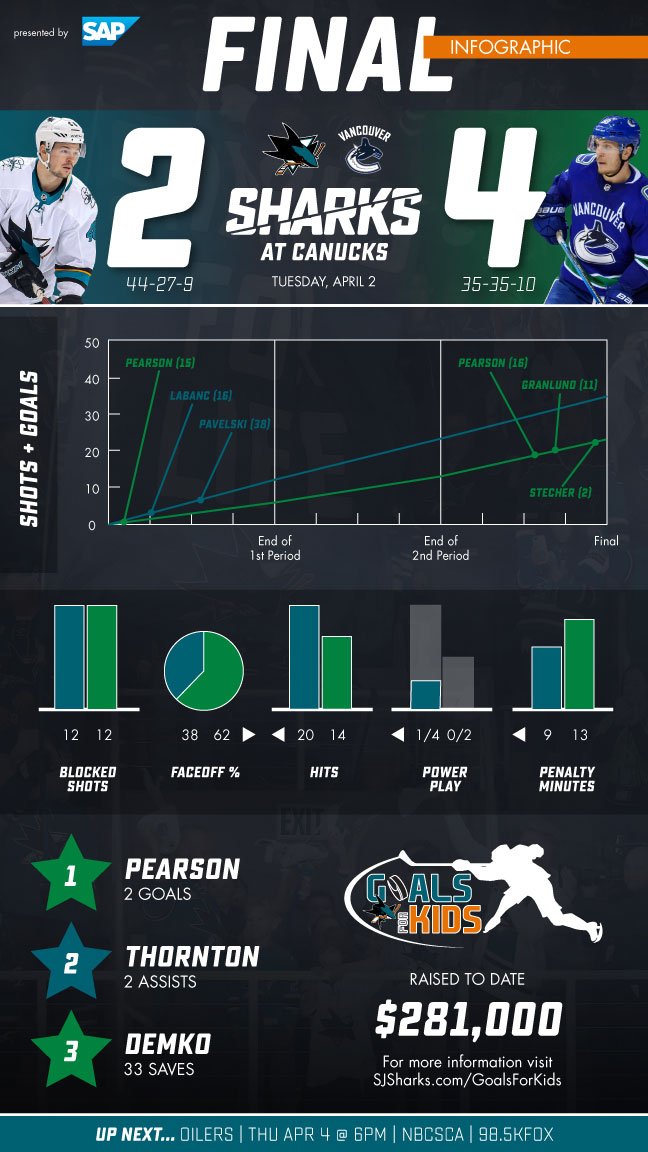 The LA Kings would take down the Arizona Coyotes with a 3-1 win.

With the win by the Kings, the Coyotes postseason chances are now very slim as the remain four points behind the Colorado Avalanche for the final wild-card spot in the Western Conference 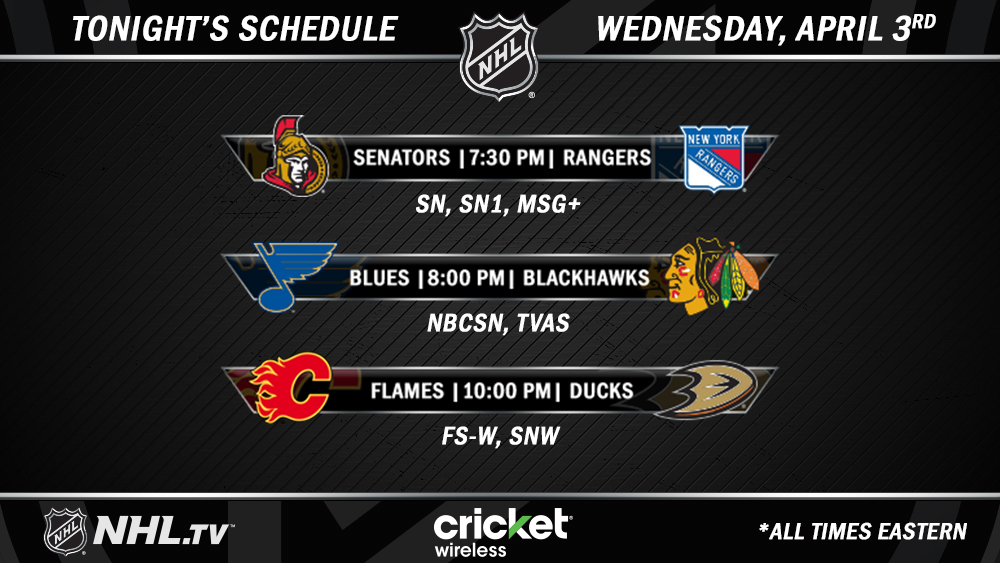