The NHL announced the Three Stars of the Week earlier today for the week ending March 17th, 2019. 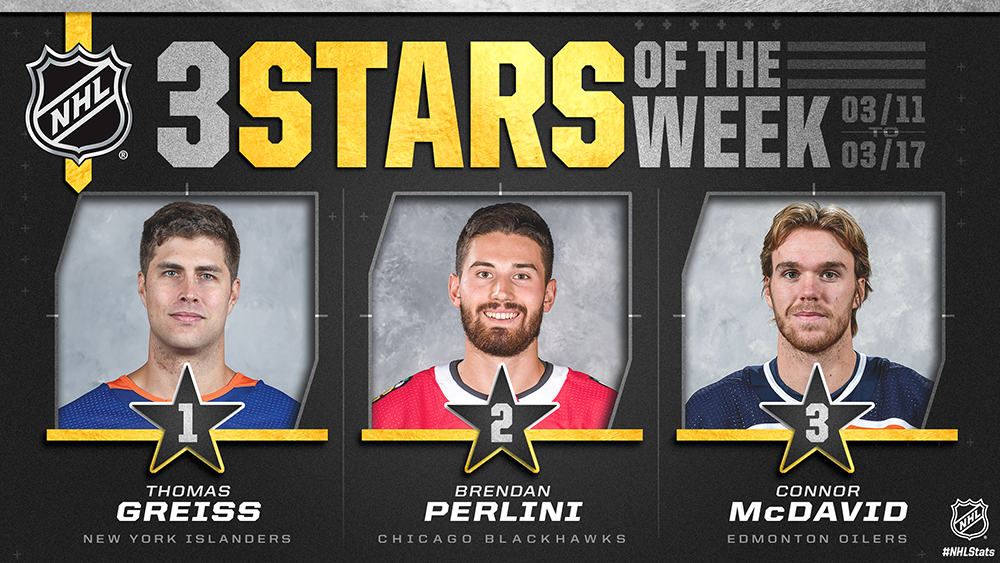 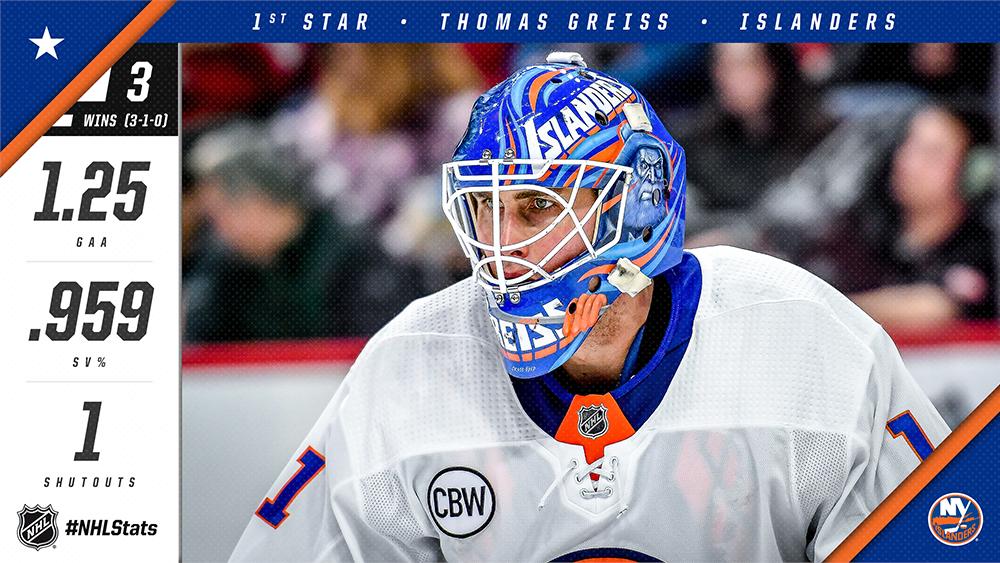 *Image is the property of the NHL, NHL Public Relations, New York Islanders, and their respective owners

The Second Star of the Week went to Chicago Blackhawks LW Brendan Perlini. 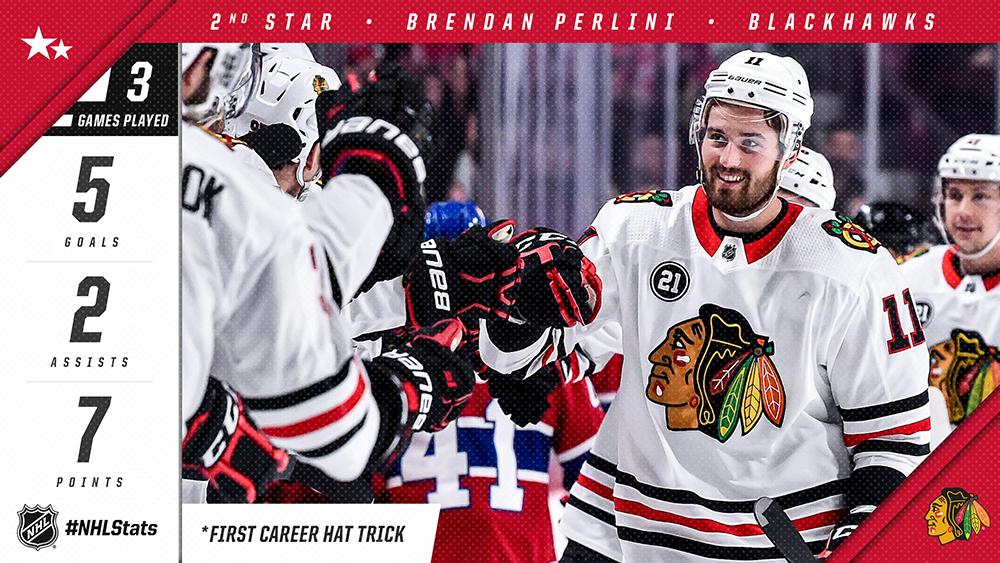 *Image is the property of the NHL, NHL Public Relations, Chicago Blackhawks, and their respective owners

Perlini, with five goals (5-2—7 in 3 GP), tied all scorers for the week and he would go on  to help the Blackhawks extend their win streak to five games and Chicago is now within five points of the final playoff spot in the Western Conference.

Perlini registered his first career hat trick against his former team in a 7-1 victory over the Arizona Coyotes last Monday night.  Perlini would go on to have his second consecutive three point performance two nights later when the Blackhawks would defeat Toronto last Wednesday night.  Perlini would go on to add his fifth goal of the week with his goal last Saturday (March 16th) against the Montreal Canadiens.

The Third Star of the Week went to Edmonton Oilers C Connor McDavid. 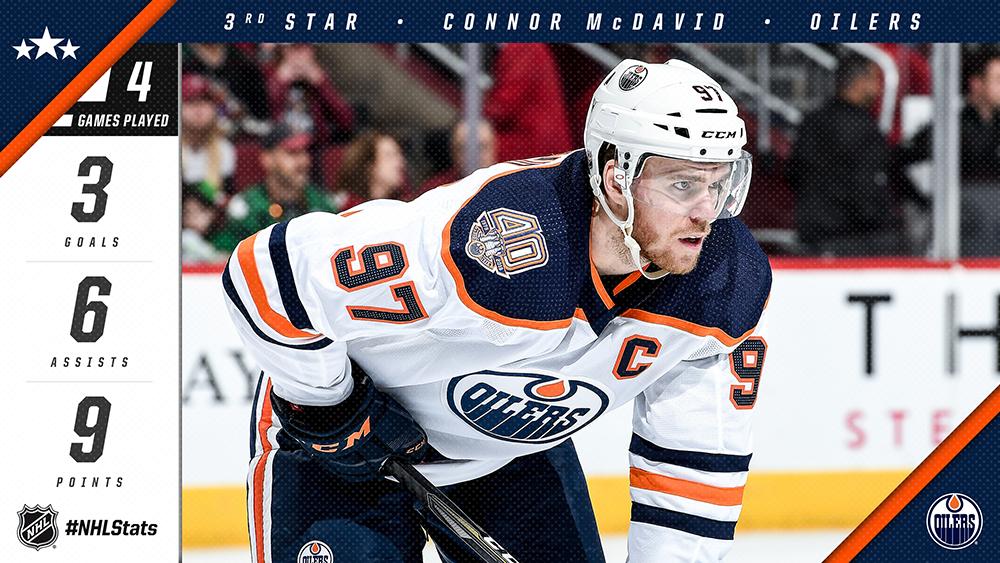 *Image is the property of the NHL, NHL Public Relations, Edmonton Oilers, and their respective owners

Connor McDavid would go on to lead all NHL skaters with three goals and six assists last week in four games played.

Over the week, McDavid would also cross the 100-point mark in the season for the third consecutive season.  In doing so, he would join an exclusive class of players to hit that mark in three straight seasons.

Throughout the week, McDavid would also continue his multi-point streak to eight contests and in those eight contests, he has three goals and 15 assists, good for 18 points.