There were seven NHL contests in action yesterday. 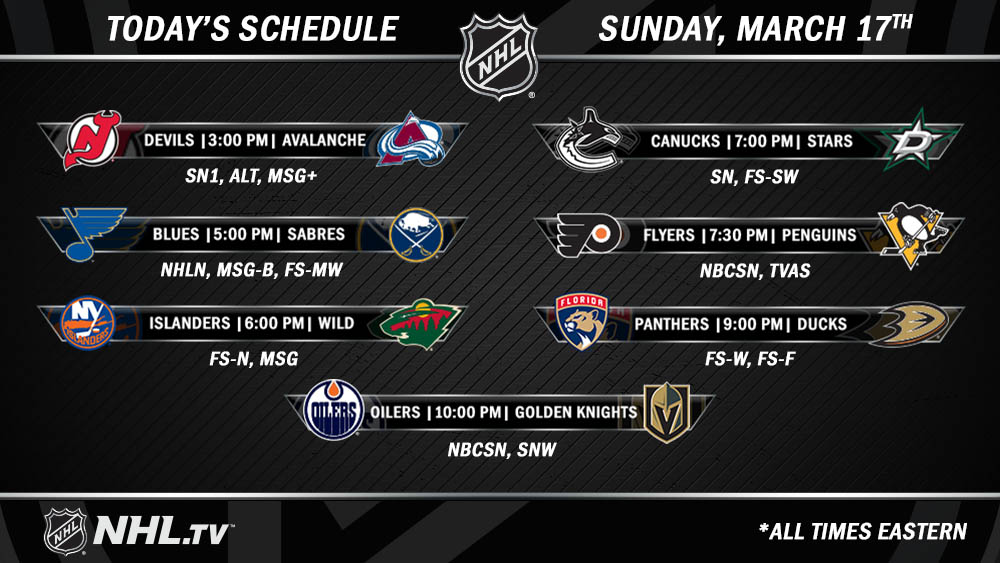 The Colorado Avalanche would defeat the New Jersey Devils with the 3-0 shutout win and Colorado’s Nathan MacKinnon would reach the 91 point mark on the season for the second consecutive season.

91 points so far for Nathan MacKinnon.

For the second-straight season. #GoAvsGo pic.twitter.com/p7sKF9lrPY

The Buffalo Sabres would take down the St. Louis Blues in the shootout frame with the 4-3 win.  Sam Reinhart would score the game winner for the Sabres.

The New York Islanders would move back into first place atop the Metropolitan Division with their 3-2 win over the Minnesota Wild yesterday afternoon.

The Vancouver Canucks would go on to defeat the Dallas Stars yesterday with the 3-2 shootout win.

Game at a Glance, presented by @ToyotaBC – @TimScha11er scored his first two goals of the season and @jleivo17 played shootout hero as the #Canucks clipped the Stars 3-2. pic.twitter.com/Ff9uTVT8YX

*Infographic is the property of the Pittsburgh Penguins, NHL, NHL Public Relations, and their respective owners

The Anaheim Ducks would get a much needed win after downing the Florida Panthers by the score of 3-2 yesterday afternoon.

Found plenty of go(a)ld at the end of the 🌈❗

The Vegas Golden Knights would take down the Edmonton Oilers last night with a 6-3 win yesterday.

if you take all these numbers and do some math, they equal 2 points 🙃 pic.twitter.com/KB2sHhIi5U

Today there are four contests in NHL action… 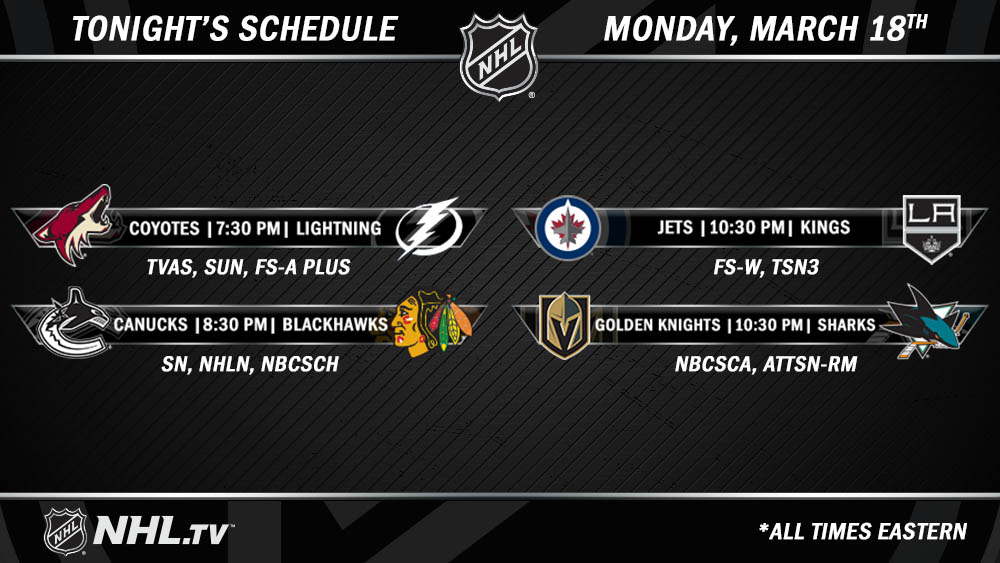 Yesterday concluded the 2018-19 NWHL season with the Minnesota Whitecaps defeating the Buffalo Beauts by the score of 2-1 in the overtime frame.  The Minnesota Whitecaps would win the Isobel Cup in their inaugural season in the NWHL in front of a sold-out crowd yesterday afternoon at TRIA Rink in St. Paul, Minnesota.

THXT has your full coverage of yesterday’s Isobel Cup Final at the following page.

We here at TXHT congratulate the Minnesota Whitecaps on winning their first NWHL Championship, as well as all other teams across the league for a great and exciting season.

NWHL, as well as other women’s hockey news, will continue on TXHT.