Today is Saturday, March 2nd, 2019, and these are your news and notes.

There were eight contests in NHL action last night.

The Washington Capitals would visit the New York Islanders last night and would come away with two crucial points in the division standings.  Washington would go on to defeat the Islanders by the score of 3-1.

Alex Ovechkin would register his 45th goal on the season for the 10th time in his career and now holds the League record for most 45 goals in a season.

Alex Ovechkin of the @Capitals scored 45+ goals in a season for 10th time in his NHL career and eclipsed Wayne Gretzky and Mike Bossy (both 9x) for the most such campaigns in League history. #NHLStats pic.twitter.com/OSxV2ZoMHk

TXHT has your full complete coverage of the contest at the following page.

Game Recap – 3/1/2019 – Washington Capitals v. New York Islanders
After a controversial goal by the #Isles to start the game it would be an awkward self goal by Josh Bailey to give the #ALLCAPS the 3-1 victory. https://t.co/sqmBTRKXrS pic.twitter.com/ubBYVKSqhL

The Montreal Canadiens would visit the New York Rangers and they would come out of New York with the 4-2 win last night with Montreal’s Joel Arima registered hat trick in the contest.

24 of Brendan Gallagher's 28 goals this season have been scored at even-strength, which is good for seventh in the NHL.#GoHabsGo pic.twitter.com/Z8mjvTekfn

The Carolina Hurricanes would come away from this contest against the St. Louis Blues with a 5-2 in Raleigh last night.

Tale of the tape pic.twitter.com/gLbcapqmKN

Carolina’s Sebastian Aho would score his fourth SHG (shorthanded goal) on the season and would move into a tie with three others for the League lead.

Sebastian Aho of the @NHLCanes scored his fourth shorthanded goal of the season to move into a tie with Anthony Cirelli, Mark Jankowski and Michael Grabner for the League lead. #NHLStats pic.twitter.com/ZMYWIfZJ6R

There would be five different goal scorers for the Winnipeg Jets in their 5-3 win over the Nashville Predators last night.  With the win for the Jets, they leapt ahead of the Predators for the Central Division lead.

Vegas Golden Knights goaltender Marc-Andre Fleury would come away with a shutout win for Vegas in their 3-0 win over the Anaheim Ducks last night.

and that's the wayyyyyy the news goes 📰https://t.co/BWdzoOQbWy

The San Jose Sharks would squeak by the Colorado Avalanche with the 4-3 win, with San Jose’s Marcus Sorensen scoring two goals in the contest.  On the three Avalanche goals, Gabriel Landeskog would have an assist on all three goals.

Three assists for Gabe Landeskog and an incredible goal from Sam Girard, but we didn’t put together a full game.#GoAvsGo pic.twitter.com/LcFPRCFVeW 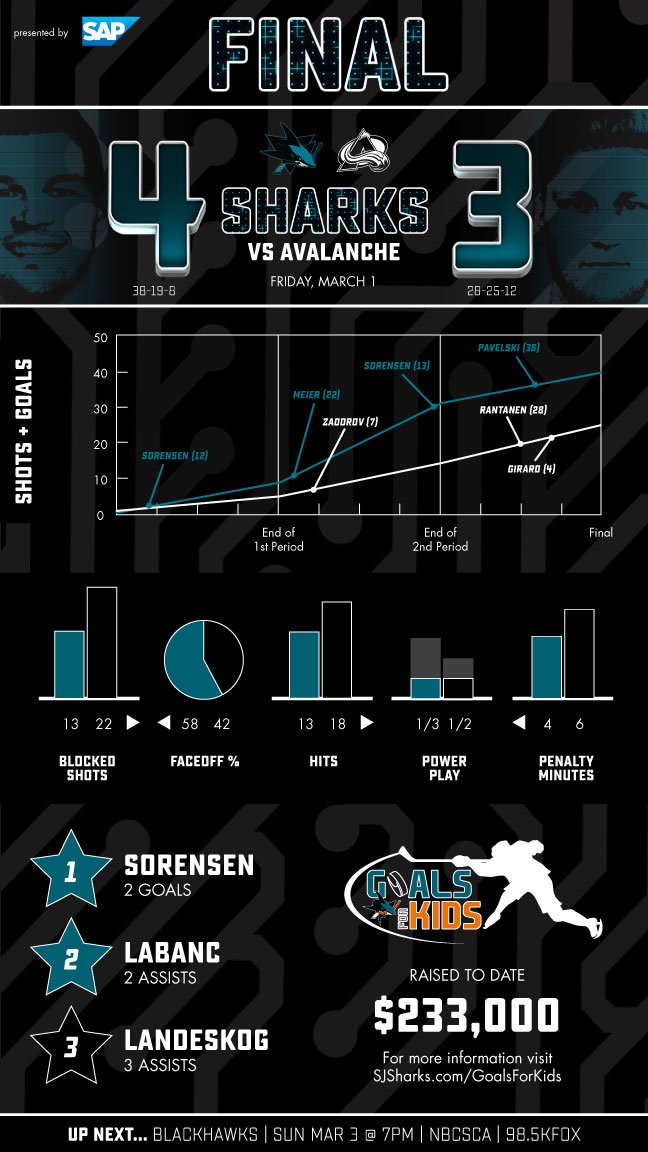 *Image is the property of the San Jose Sharks Twitter page.

There are 10 contests in NHL action today 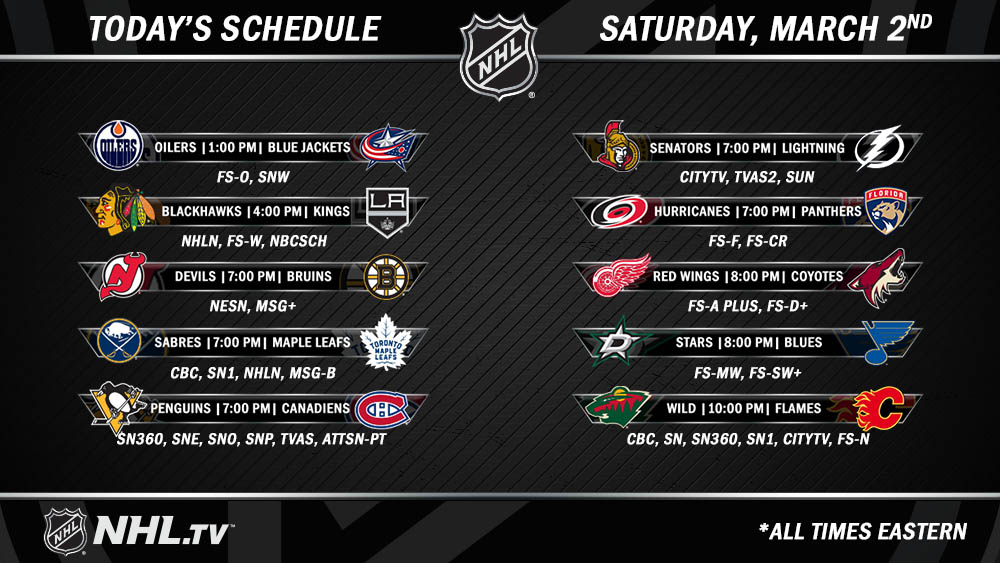 For more news, notes, information, and statistics, please check out the NHL’s Morning Skate at the following page.

The final games on the NWHL Regular Season begin tonight with the Minnesota Whitecaps visiting the Boston Pride at 7:30 p.m., ET.  The game can be seen on NWHL.zone.

TXHT will have coverage of the contest tomorrow.

Saturday night is going to be HUGE.

Playoff positioning is on the line in a BIG WAY when @TheBostonPride hosts @WhitecapsHockey at 7:30 pm at @WarriorIceArena!