Today is Sunday, February 24th, 2019, and these are your news and notes

There were 11 contests in NHL action yesterday… 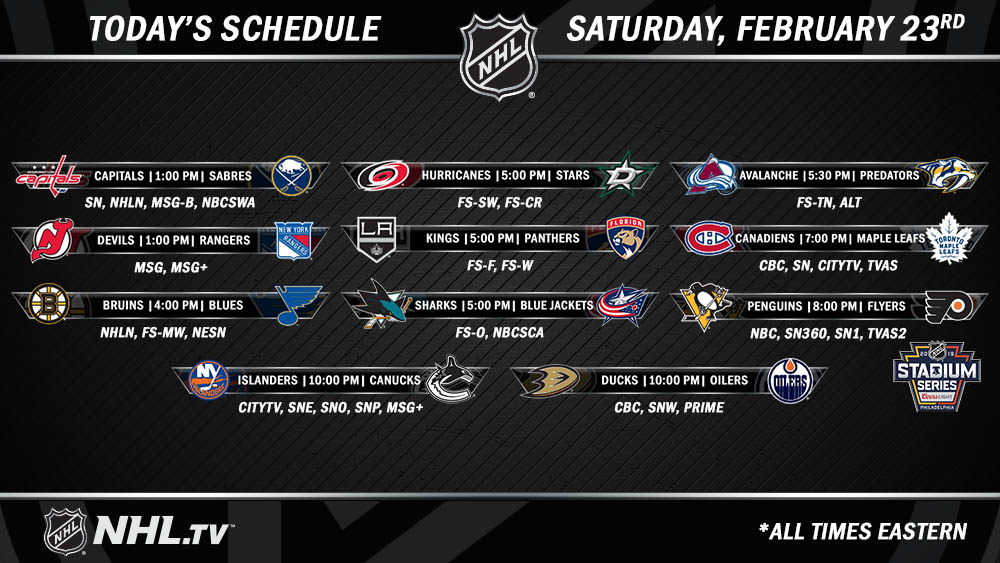 The Washington Capitals would end their six game road trip with a thud, losing to the Buffalo Sabres with a 5-2 loss.

TXHT has your complete coverage between the Capitals and the Sabres at the following page.

Game Recap – 2/23/2019 – Washington Capitals v. Buffalo Sabres
The #ALLCAPS end their six game road trip with a thud in Buffalo as the #Sabres get a hat trick from Sam Reinhart to defeat the Capitals 5-2. https://t.co/j72HyYIGf7 pic.twitter.com/JClHoJhRfu

BLUES WIN!!!!!! The #stlblues get back in the win column and snap Boston's 7-game winning streak in the process!! pic.twitter.com/MylfQlr6mc

The Boston Bruins would fall to the St. Louis Blues with a 2-1 loss in the shootout frame.

There would be six different scorers for the Florida Panthers in this contest and would crush the Los Angeles Kings with the 6-1 win last night.

With the Panthers win, goaltender Roberto Luongo would go on to tie Ed Belfour for third place on the NHL’s all-time lead for wins.

The San Jose Sharks would get crushed by the Columbus Blue Jackets, losing 4-0 in Columbus last night.

Welp. Back at it tomorrow. pic.twitter.com/LA2Fssq96J

The Carolina Hurricanes would visit the Dallas Stars and win the contest 3-0.  With the Hurricanes win, the team would move to 18-6-1 in their last 25 contests.

The Nashville Predators would continue their slide with the 5-0 loss to the Colorado Avalanche yesterday.

The Toronto Maple Leafs would take on the Montreal Canadiens and double up Montreal with a 6-3 win last night.

The Philadelphia Flyers would take on the Pittsburgh Penguins in the 2019 Coors Light NHL Stadium Series and would escape with the 4-3 win in overtime, after being down 3-1 late in the contest.

TXHT has your complete coverage of the contest at the following page.

2019 NHL Stadium Series Recap – 2/23/2019 – Pittsburgh Penguins v. Philadelphia Flyers
The #LetsGoFlyers come back from a 3 goal deficit to defeat the #LetsGoPens 4-3 in overtime in a rainy #StadiumSeries. https://t.co/ylnVYzMFdj pic.twitter.com/xbDtCx0YUx

Game at a Glance, presented by @TD_Canada – The effort was there, the goals were not. #Canucks fall to the Islanders 4-0. pic.twitter.com/zvd8XP0xij 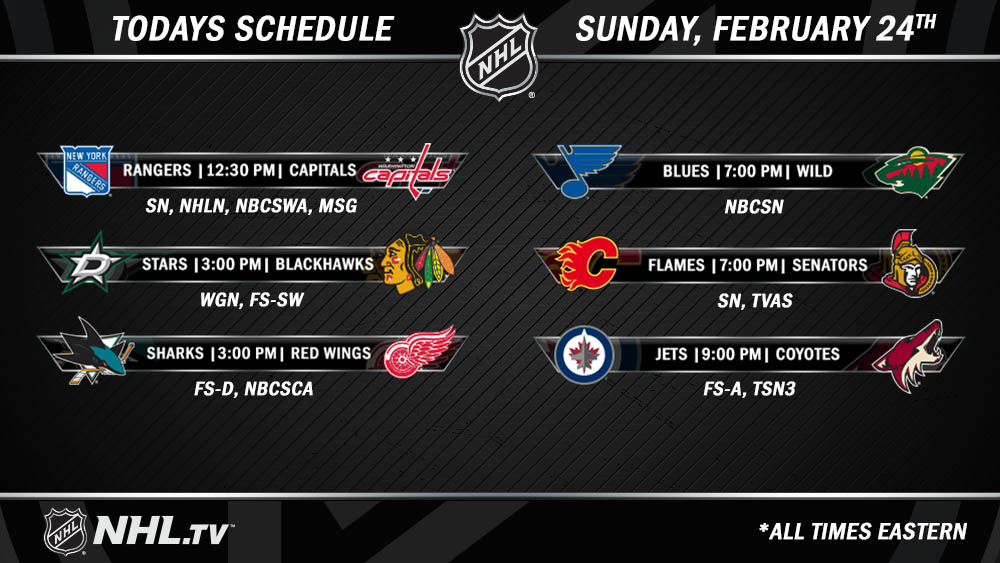 In the NWHL yesterday…

RECAP: The @BuffaloBeauts pick up their sixth straight win with a 4-1 victory over the @Riveters!

The Buffalo Beauts would register their sixth consecutive win with the 4-1 win over the Metropolitan Riveters yesterday afternoon.

Despite the loss, Riveters goaltender Katie Fitzgerald would register 33 saves on 36 shots in the contest.

The first ten minutes of the contest was fast paced and both teams generated chances.

Buffalo’s Kelly Babstock would open up the scoring in the contest with her goal at the 15:21 mark in the first period with her third goal on the season.

Buffalo moves to 10-4-0 on the season, tied with Boston Pride for best record in the league and the Metropolitan Riveters are now 3-12-0 on the season.