There were 11 contests on the NHL schedule yesterday. 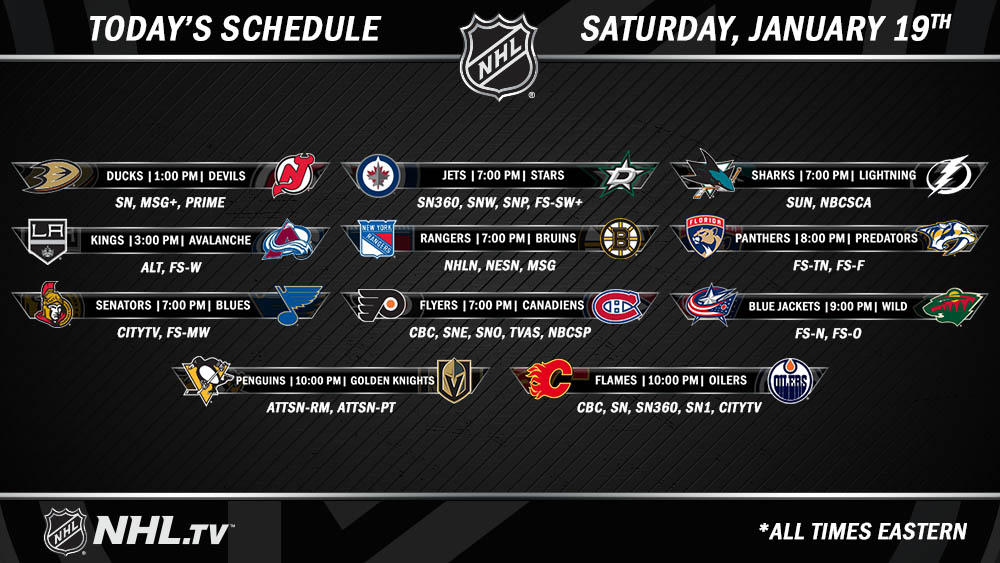 In the first contest of the day, the Anaheim Ducks took on the New Jersey Devils in the NHL European Game of the Week.  The Ducks, after getting their first win after losing twelve straight contests on Thursday night, would defeat New Jersey by the score of 3-2.

For the New Jersey Devils, they enter their bye week having lost their last three games and seven out of the last ten.

The Colorado Avalanche took on the Los Angeles Kings and would soundly defeat the Kings thanks to six goals in the second period and would go on to win this contest by the score of 7-1.

This would also be a heavily-filled penalty contest for the Kings, who amassed eight penalties in the contest.  Five of the eight penalties would come in the third period alone.

Mika Zibanejad became the second player in the 93-year history of the @NYRangers to score the game-winning goal in three consecutive team games.

The climb continues for @HLundqvist30.

Montreal’s Brendan Gallagher would lead all skaters for the Canadiens with eight shots on goal, but would not score on any of those shots.

Brendan Gallagher had eight shots on goal in the loss.#GoHabsGo pic.twitter.com/AaVjMMBiBz

For the Flyers, goaltender Carter Hart would have 35 saves in the contest.  Hart has a record of 6-5-1 in those 12 contests.

Since 1997-98, only seven goaltenders have made more starts before age 21 and only four have recorded more wins before that age. #NHLStats #PHIvsMTL pic.twitter.com/9MCVSpEGLS

Nolan Patrick posted his second multi-goal game of the week (also 2-2–4 Monday) to help the @NHLFlyers to their third straight win. #NHLStats pic.twitter.com/3qL4NSgAh7

Tampa Bay’s Steven Stamkos would go on to have a two goal, one assist performance and help the Lightning defeat the San Jose Sharks by the score of 6-3.

San Jose Sharks Evander Kane would also have a two goal performance and Marcus Sorensen would become the eighth player for the Sharks this season to have at least ten goals.

.@sorensenmarcus is the 8th #SJSharks player with 10+ goals this season. pic.twitter.com/jDAwFVqLEx

St. Louis Blues goaltender Jordan Binnington would become the sixth different goaltender in Blues history to have at least a point in at least their first five contests.

Jordan Binnington (4-0-1) became the 6th goaltender in Blues franchise history to earn at least a point in each of their first five or more decisions. The others:

The Dallas Stars would take on the Winnipeg Jets and double up the Jets 4-2.

In this contest for Dallas, there would be four different goal scorers in the contest.

The Stars get a strong start and they don't let up as Dallas heads into the bye week with a 4-2 win over the Jets. Check out the highlights from last night. pic.twitter.com/xgkrqhDGDz

The Jets would not score until the third period and would fight to come back but it would still not be enough.

Despite a late #NHLJets push, Dallas holds on.

Nashville’s Nick Bonino and Auston Watson would score the goals for the Predators in this contest.

Minnesota’s Zach Parise would score one of the two goals, his 20th on the season, in a hard fought battle between both teams in the contest.

Edmonton’s Jesse Puljujarvi would notch two assists, with Ryan Nugent-Hopkins and Milan Lucic notching the only two goals for the Oilers in this contest.

"We hung in there for a while… but you're not going to beat a team like that playing half the game." #Oilers run into red-hot Flames squad & fall 5-2. https://t.co/dCD6RNItyD

hats thrown to ice: MANY pic.twitter.com/BVZZogsG1Y

Pittsburgh’s infographic from last night’s game.  Credit of the image goes to the Pittsburgh Penguins Twitter.

Crosby: "It's tough to have to climb back a couple times like that. You're not putting yourself in a great situation to win. We made some mistakes – most of them early in the 1st period."

In the lone NWHL of the day, the Connecticut Whale took on the Minnesota Whitecaps.

Minnesota Allie Thunstrom and Hannah Brandt scored the two goals for the Whitecaps in a hard fought battle for both sides.

Minnesota is now 9-4 in the NWHL

The game was scoreless until toward the end of the second period when Allie Thunstrom scored her third goal on the season.  The goals were assisted by  Brooke White-Lancette and  Chelsey Brodt Rosenthal.

Minnesota’s second goal was scored by Hannah Brandt, her fifth on the season.  Brandt’s goal would be assisted by Amy Menke and Kendall Coyne Shofield.

Connecticut Whale goaltender Meeri Räisänen would go on to have a 29 save performance in the contest and would have more phenomenal saves throughout the contest.

This contest ended up being the Whitecaps “You Can Play” game in which all Whitecaps players donned jersey with rainbow numbers and accents. The You Can Play Project is an initiative that emphasizes equality and respect in sport, particularly for LGBTQ+ individuals.

Today there is only one contest in the NWHL.  The Minnesota Whitecaps will be hosting their last home game of the regular season.  The game will be available to watch on NWHL.zone/watch

The game that was to take place between the Metropolitan Riveters and the Boston Pride has been postponed to a date to be determined.

POSTPONED: Due to the winter weather warning in the area, Sunday's game between the @Riveters and @TheBostonPride has been postponed.

Today there are five games on the NHL schedule. 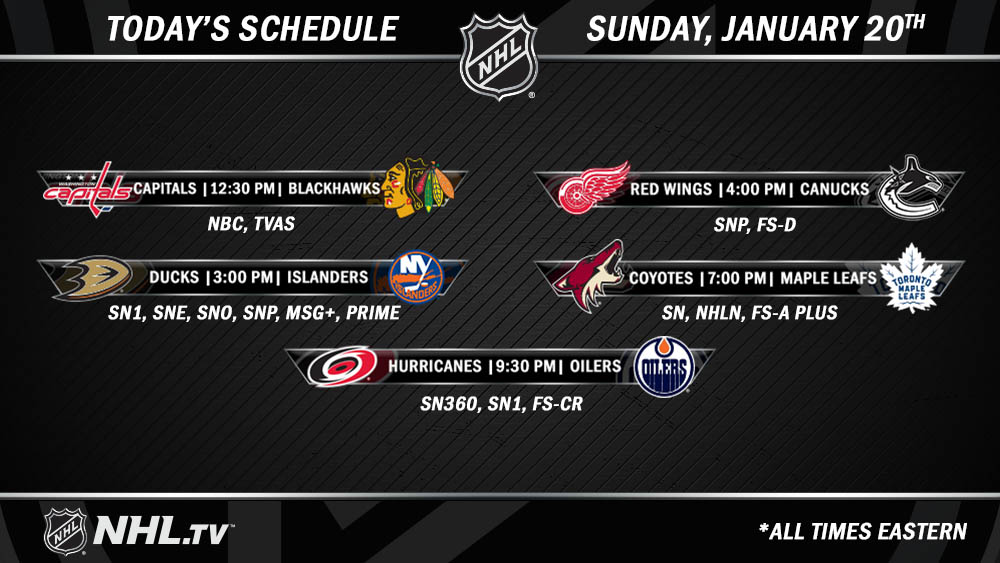