There were six games that took place yesterday.

Carolina Hurricanes Sebastian Aho would go on to record a hat trick in the contest and Nashville Predators Filip Forsberg would go on to have a two goal performance in the Carolina’s 6-3 win.

Aho would be the fourth player in the franchise history of the Hartford Whalers/Carolina Hurricanes to begin their career with the franchise and  have three seasons with at least 20 goals.

Justin Williams would also extend his goal scoring streak to five games and be the sixth player to do this at the age of 37 or older.

Justin Williams of the @NHLCanes is the sixth player in NHL history to record a goal streak of 5+ games at 37 years of age or older. #NHLStats #NSHvsCAR pic.twitter.com/MqudEwe3kr

The Winnipeg Jets would win this contest with 11 seconds left to take down the Anaheim Ducks 4-3.  Winnipeg’s Bryan Little would score his 10th goal on the season with this game winner.

LITS LIGHTS THE LAMP IN OT!

Winnipeg Jets Patrik Laine would join a rare company when he scored his 25th goal on the season.

He would be the seventh player in League history to have at least three 25 goal seasons before their 21st birthday.

Before the contest between both teams, Rick Nash, who had played for both franchises in his career, participated in the ceremonial puck drop.

Rick Nash and the entire family in the house for puck drop! pic.twitter.com/37TY1DRisV

Columbus would go on to win its third game in four days in this contest when they went on to defeat the New York Rangers by the score of 7-5.

THAT WAS FUN!!! #CBJ pic.twitter.com/oqOQ7y0dz7

The New York Islanders faced off against the Tampa Bay Lightning and would win the contest 5-1.  With the Islanders win, they would snap the Lightning’s 12 game win streak against Metropolitan division opponents.

NY Islanders goaltender Thomas Griess would go on to have a 26 save performance in this contest to extend the hot streak that the Islanders have been on.  The team has won eight out of their last ten contests.

Game at a Glance, presented by @TD_Canada – @bhutt10's fifth goal of the season is the game-winner as the #Canucks beat the Panthers 5-1. pic.twitter.com/Rb5ShSG1KM

Vancouver’s Loui Eriksson would open up the scoring in the second period for the Canucks when he scored his eighth goal in the season, giving Vancouver the 1-0 lead at the 12:32 mark.

Late in the third period, Brock Boeser and Jay Beagle would both score empty net goals, sealing the 5-1 win for the Canucks.

Eriksson had a four-point night to top all scorers for points in the game.

The Calgary Flames would take on the Arizona Coyotes last night and the Flames would drub the Coyotes, winning the contest by the score of 7-1.

Arizona’s lone goal would come on a power play from Jordan Oesterle late in the second period.  Arizona cold never get out of the box and would fall behind early. 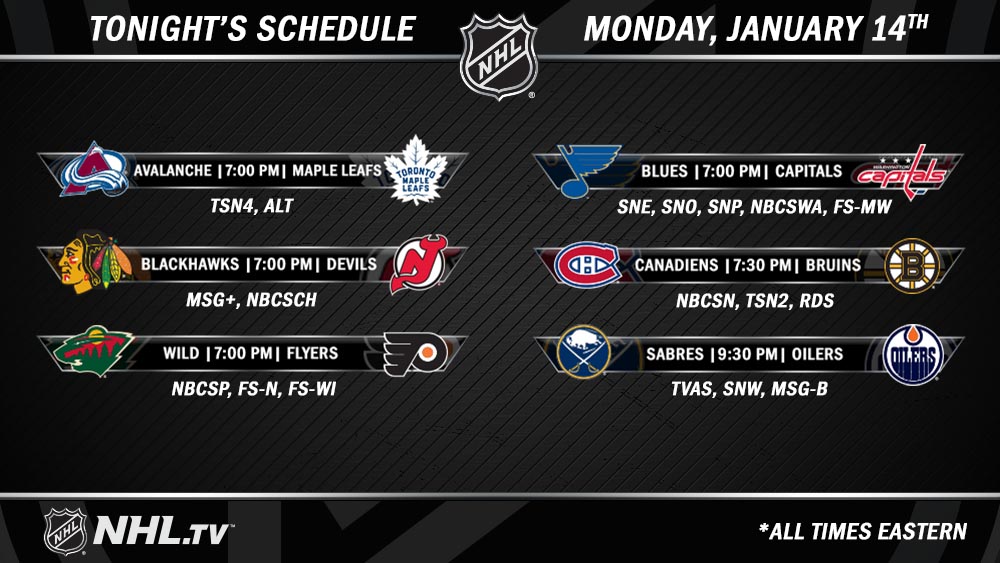 Saturday in the two NWHL contests…

RECAP: The @BuffaloBeauts stay hot with a 5-1 win over the @Riveters!

For the first time since the 2018 Isobel Cup Final last March, the Buffalo Beauts and Metropolitan Riveters faced off and the Beauts would walk away with a dominant 5-1 win over the Riveters at HarborCenter yesterday afternoon in the NWHL Twitter Game of the Week.

Buffalo’s Hayley Scamurra would score twice and by doing so would tie teammate Maddie Elia for the lead in NWHL goals with nine on the season.

RECAP: @TheBostonPride and @WhitecapsHockey put on a show in front of a sold-out crowd as Boston holds on for a 5-4 win!

In the contest between the Boston Pride and the Minnesota Whitecaps, The Pride went on to defeat the Whitecaps by the score of 5-4.

This was a contest for the battle for first place overall in the NWHL standings and this contest was playded before a sold out crowd at the Warrior Ice Arena.

This was the first contest since the Pride announced the new partnership with the NHL’s Boston Bruins.

The scoring in this contest would be fast and furious as the Whitecaps would open up the scoring in the first period when Minnesota’s Kendall Coyne Schofield would score at the 3:25 mark.  Then Boston would even the score just 35 seconds later when Kaleigh Fratkin scored her second goal on the season.

Then at the 6:24 mark, Boston’s Amanda Pelkey would score her fourth goal on the season.  Almost two minutes later, Minnesota’s Amanda Menke would even the score at 2 a piece.  After that, the Pride would score three unanswered goals to give the Pride a 5-2 lead at the end of the first period.

The second and third periods were quiet on the scoring front for the Pride but the Whitecaps would score a goal in each period.  However, that would not be enough as the Minnesota Whitecaps would fall to the Pride in their first game on the weekend.

Yesterday’s action in the NWHL…

RECAP: @WhitecapsHockey rebounds from a loss yesterday, taking a 4-1 win over the @CTWhale_NWHL!

After falling to the Boston Pride 5-2 on Saturday night, the Minnesota Whitecaps would have a dominant performance against the Connecticut Whale and would defeat the Whale by the score of 4-1.

Minnesota’s Janna Curtis would open up the scoring for the Whitecaps with her goal at the 6:58 mark in the first period, her sixth on the season.  Then about six minutes later, Hannah Brandt would score a goal on the power play to give Minnesota a 2-0 lead.

Minnesota goaltender Amanda Leveille would once again have a contest with great saves and would register 26 saves in the contest.

Amy Menke would have a great game, registering two assists before getting a goal of her own about halfway through the second period.

Despite having four minutes of power play time in the third period, the Whale would not convert on the chances given and would fall to the Whitecaps.

Upcoming games in the NWHL: