Today is Saturday, December 15th, 2018, and these are your news and notes.

There were eight contests in action yesterday.

not the Friday night we had in mindhttps://t.co/un1sCYzKNz

Friday marked the 22nd time in @NJDevils franchise history that the team won a game in which it trailed by 3+ goals.

The Arizona Coyotes would also stage a come from behind win after being down three goals in the contest at the New York Rangers last night.  It would be the 12th time that the Coyotes franchise would accomplish this and the 29th time overall in franchise history.

It was a storybook ending for former Ranger Derek Stepan last night at The Garden.

For the Rangers, goalie Henrik Lundqvist would register 30 saves on 34 opportunities.

In an amazing performance, Pittsburgh Penguins goalie Casey DeSmith became the third goalie in the last 20 years to have a game in which he had at least 48 saves.  DeSmith joins Jeff Zatkoff and Ty Conklin.

Casey DeSmith became the third goalie since 1998-99 to record 48+ saves in a game for the @penguins. The others:

Boston Bruins goalie Jaroslav Halak had a performance of 23 saves on 28 save chances.

The Ottawa Senators would go on and get the road win when they would defeat the Detroit Red Wings 4-2 last night at Little Caesars Arena in downtown Detroit, Michigan last night.

Detroit Red Wings goalie Jimmy Howard would have 28 saves in the contest and Ottawa Senators goalie Craig Anderson would have a performance of 26 saves on 28 save chances.

Washington Capitals captain Alex Ovechkin would have consecutive games in which he would have a hat-trick, and now has 28 goals on the season.

Friday night in Raleigh Washington shoveled its way out of a three-goal ditch midway through the game to take two points in a 6-5 shootout win over the Carolina Hurricanes. #ALLCAPS #CapsCanes https://t.co/1N8gGQ97PY

It was a wild one last night in Raleigh! Take a look back at the stats in our Postgame Infographic, presented by @KETTLERliving. #ALLCAPS #CapsCanes Recap: https://t.co/mYcTiBv3Vw pic.twitter.com/WXS9W0nJ2n

Alex Ovechkin became the 14th player in NHL history to record a hat trick in consecutive games on multiple occasions in his career and the first to do so since Alex Kovalev (Feb. 7 & 10 and Nov. 13 & 14, 2001). #NHLStats #WSHvsCAR pic.twitter.com/1tjAtj59ar

Finally, for the Washington Capitals, Jonas Siegenthaler registered his first NHL point with the assist on Alex Oveckin’s goal at the 3:56 mark in the first period.

TXHT has your full game recap of the contest between the Washington Capitals and the Carolina Hurricanes at the following page.

The St. Louis Blues would go on to defeat the Colorado Avalanche in overtime with the 4-3 win at home last night.

At the 2:05 mark in the overtime period, St. Louis Blues Ryan O’Reilly would cap off a two-point night when O’Reilly scored the game winner.

Also in the contest, Colorado Avalanche’s Mikko Rantanen would register his 40th assist on the season with the secondary assist on J.T. Compher’s eighth goal on the season at the 13:10 mark in the third period.

Chicago Blackhawks captain Johnathan Toews would net two goals, but it would not be enough as the Blackhawks would fall to the Winnipeg Jets 4-3 at United Center in Chicago, Illinois last night.

#Blackhawks get two-goal effort from the Captain but fall to the Jets in OT. pic.twitter.com/0GZm7EFGX3

The Jets Mark Scheifele would net his sixth overtime winner, which is good for third place in franchise history.  Scheifele now only trails Ilya Kovalchuk and Dustin Byfuglien for the career lead.

Koski continued his dominance at @RogersPlace while the Dynamic Duo delivered once again with 3 points apiece as the #Oilers downed Philly 4-1. https://t.co/smiyT2Cq2A

Connor McDavid would have two goals, and an assist, good for his 34th career three-point performance.  It is now ranked tied for fifth place for most three-point games before one’s 22nd birthday.

Most 3+ Point Games Before 22nd Birthday: 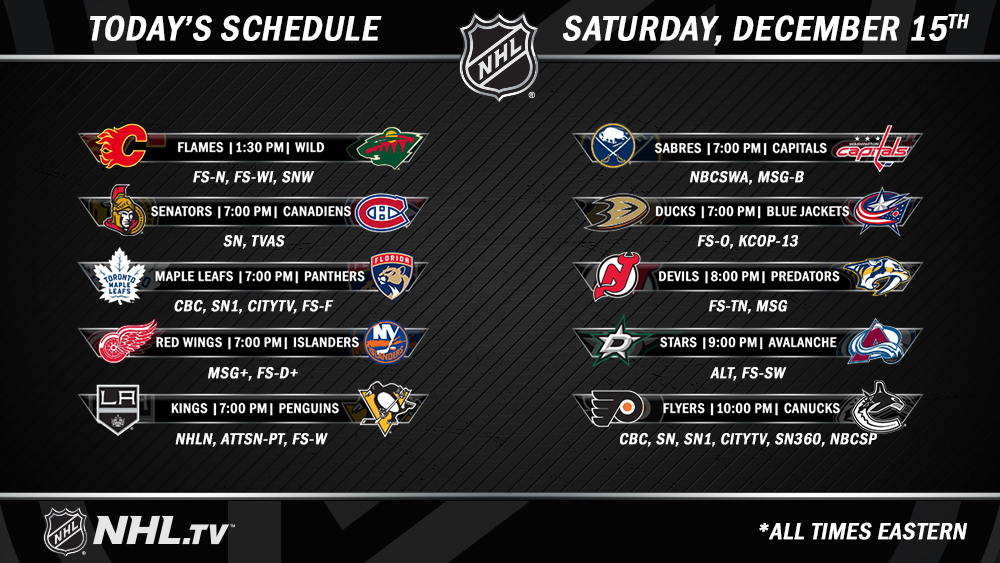 This Week’s NHL European Game of the Week features the Calgary Flames facing off against the Minnesota Wild. 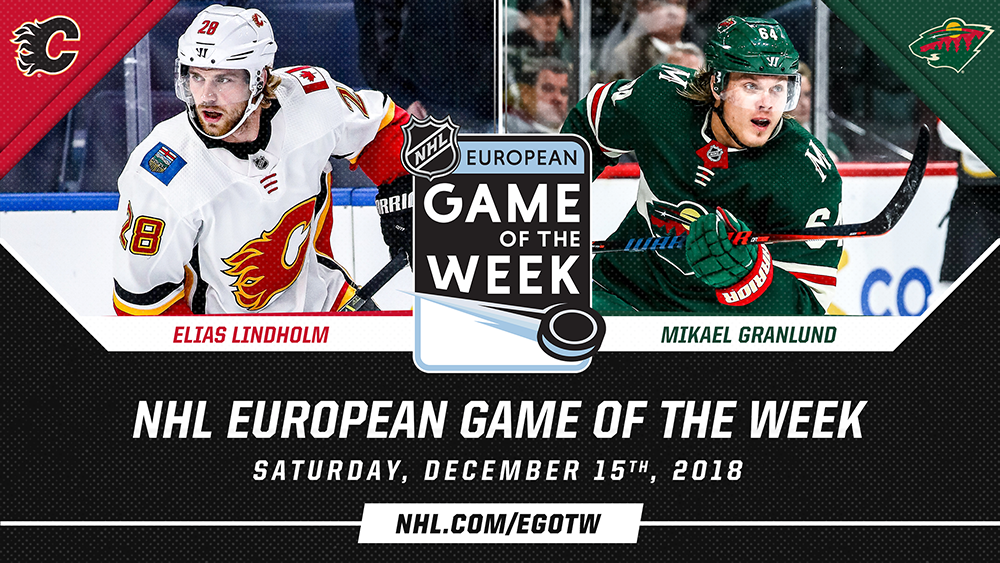 Images are the property of the NHL, NHL Public Relations, and NHL Media.

With the comebacks last night, this has been the season of come-from-behind wins.

*All the most ever within the first 500 games of a season. #NHLStats https://t.co/AsIy97HE87 pic.twitter.com/wNoWNeekkx

The Philadelphia Flyers and Pittsburgh Penguins would both unveil thier logos that will be used for the upcoming Stadium Series game on February 27th, 2019.  The logos are “stripped-down” versions of their current logos.  The jerseys will be released at a later date.

Our logo transformation for the 2019 #StadiumSeries is v major. Stay tuned for more…

We're taking this outside… Again.

See you in Philly.