Today is Wednesday, November 14th, 2018, and these are your news and notes…

There were nine contests in action last night…

Mathew Barzal of the NY Islanders would register his 100th career point in his 101st game, becoming the sixth player to reach the 100 point mark among active NHL players.

Florida’s Mike Hoffman would score to extend his point-scoring streak to an NHL-high 13 games on the season in the Florida Panthers one-goal win over the Philadelphia Flyers last night.

Also in this contest, Panthers G Roberto Luongo became the fourth goaltender in League history to win four contests to be at the age of 39 or older.

Buffalo has now won three in a row and seven out of their last 11 in the big win over the Tampa Bay Lightning 2-1 in Buffalo last night.

Got the W. But we know we can play better.

"Our standard's higher.. We've got to play to our identity."

Before the contest, the Detroit Red Wings held their pre-game skate in the Hockey Fights Cancer practice jerseys.

Tom Wilson would return to action, by registering his first goal of the season, and helped the defending champions take down the Minnesota Wild with a 5-2 win.

Edmonton’s Connor McDavid would have his 31st three-point contest, all assists, in Edmonton’s big win over the Canadiens.  Evgeny Malkin and Patrick Kane are the two players behind McDavid with 28 and 27, respectively.  This mark dates back to the 2015-16 NHL season.

Since 2015-16, Connor McDavid has recorded an NHL-best 31 games with three or more points.

The next closest players over that span: Evgeni Malkin (28) and Patrick Kane (27). #NHLStats pic.twitter.com/7EyQwT7Pwz

Despite Montreal Canadiens Max Domi registering a goal in the first six minutes in the contest to tie the game 1-1, it would not be enough as the Edmonton Oilers would go on to defeat Montreal 6-2.

Max Domi recorded his 10th goal of the season, the most since his rookie campaign in 2015-16 (18). #NHLStats #MTLvsEDM pic.twitter.com/cK87yNtyUD

The Toronto Maple Leafs began their West Coast trip with a big win over the Los Angeles Kings 5-1.

TXHT’s Toronto Maple Leafs contributor, Steve Gardiner has your recap of that contest at the following link.

San Jose Sharks Erik Karlsson would become the fifth player to record 400 career assists and achieved this mark in 646 games with the Sharks defeating the Nashville Predators 5-4.

Joe Thornton of the Sharks would reach the 400 career goal mark and became the 11th player to have at least 400 goals and 1,000 assists in their careers.

Goal No. 400 in Jumbo's career. Congrats on the milestone, Joe. 👏 #NHLStats pic.twitter.com/HvvW3lMxcX

Today, there are four games on the schedule: 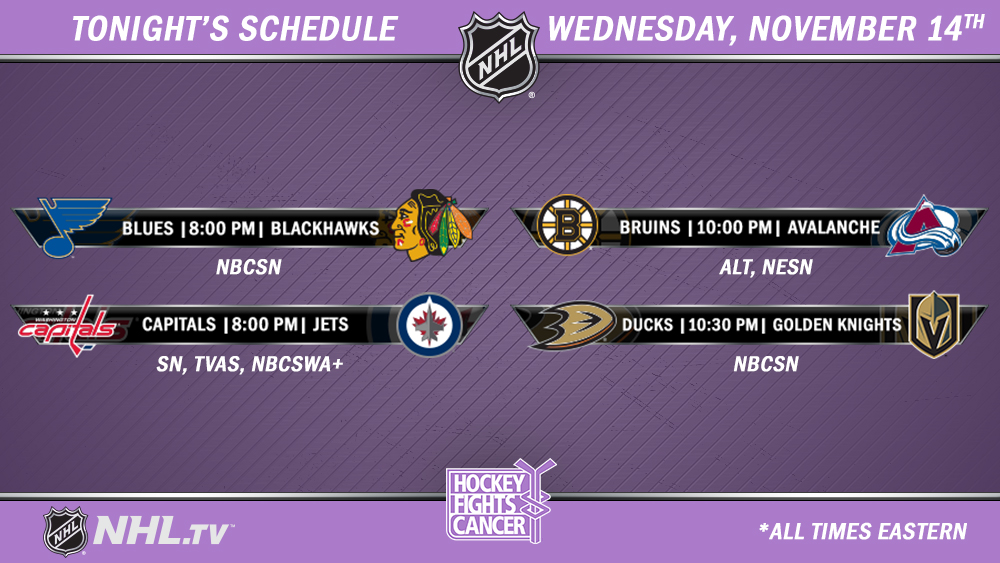 You can watch TXHT Live tonight at 7p EST on both Twitch and Facebook Live.